The Wife Is First 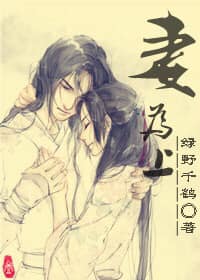 The Wife Is First

I was actually about to read another novel but curiosity for this novel got the better of me. Once I started reading this novel…I got hooked! … I couldn’t put it down and binged read it all the way!

This novel is about the MC, Jing Shao, the Third Prince who during his first life, was betrayed by the people around him leading to his imprisonment and death. His concubines whom he had favoured all ran away. The only person who stayed by his side during his darkest moments – in the prison and in death was his main wife – the Prince Consort, Mu Han Zhang. Mu Han Zhang was his male wife whom he had hated and neglected for 10 years. 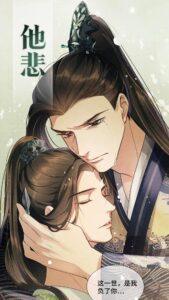 Before JS jumped to his death from the cliff, he promised MHZ that he would pay him back and treat him the best he could in their next life. Heaven was merciful and gave JS a second chance. JS was repentant and pampered MHZ as he had promised and was rewarded bountifully in the end. Yes! This novel has a happy ending, sweet romance, smuts, comedy, and very little angst! No wonder, the ratings and reviews for this novel are very positive!

It was very easy to read this novel and follow the story. The politics and courtroom drama, cunning schemes and battle strategies weren’t too complicated either.

My favourite character is Xiao Huang, the cute little tiger which made me laugh all the time as it was used as a fluffy foot rest and occasionally as a bed divider between the couple. My favourite scene is when Jing Shao first met the King of Huai Nan during his second lifetime. That scene where they fought but ended up becoming sworn brothers perked me up. At that time, the King of Huai Nan didn’t even know the kindred spirit whom he was about to be brothers with was the infamous Cheng Wang (Jing Shao’s title).

I would have rated this novel a little higher than 3.5 as I would have personally preferred Mu Han Zhang to possess distinct male qualities to differentiate his male character from a female. Mu Han Zhang is an intelligent strategist but his body’s constitution is weak due to him nearly drowning in the ice cold water when he was very young. His mannerism is like a gentle scholar who is calculated in his actions. Thus, it made me feel that there’s not much difference whether MHZ is a male or female character. 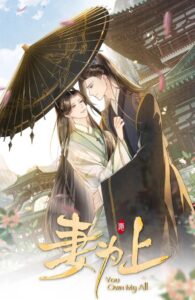 In this novel, the ‘gong’ (a.k.a. the top or ‘1’ ) is the main character, Jing Shao. JS is the third prince who after fighting many victorious battles, was bestowed the title of “Cheng Wang” (King Cheng) and rewarded with a male Prince Consort by the Emperor. What this meant was that Jing Shao was no longer in the consideration to become heir of the throne. This was all thanks to the step-Empress who influenced the Emperor’s decision. She hoped to eliminate competitions for the throne for her sons, the First and Fourth Princes. Now, there’s left the Second Prince, Jing Chen who is Jing’s Shao’s elder brother to eliminate. There are other young princes but essentially these are the 4 characters fighting for the throne:

Jing Chen and Jing Shao were both born by first Empress, Empress Yuan who had passed away. She was poisoned by the step-Empress.

When Jing Shao received the imperial edict to marry Mu Han Zhang, the son of a concubine of a marquis as his Prince Consort, he was upset and angry. On his wedding night, he sexually abused Mu Han Zhang and neglected him for 10 years thereafter, favouring his concubines. Eventually, he was betrayed by the people around him and implicated for deeds punishable by death. Yet the person who stayed by his side was his Prince Consort who followed him to prison and died in his arms when they attempted to escape. Cornered by the pursuing soldiers at the cliff, Jing Shao promised MHZ that he will treat him the best he could in their next life. Carrying the dead MHZ’s body, he jumped down the cliff. 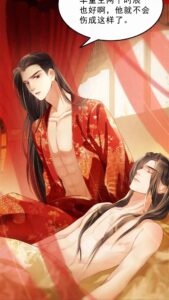 But Heaven was merciful and gave Jing Shao a second chance. The next time JS opened his eyes, he was reborn in his younger 19 year old self, the morning after his wedding night! And the night before, he had supposedly sexually abused MHZ.

Given a second chance, Jing Shao kept his promise and pampered MHZ the best he could. First, he got rid of all his scheming concubines. Second, he listened to his wise and intelligent wife. It’s all sweet romance from this point onwards with Jing Shao trying to win MHZ’s heart, which he eventually did.

Having learnt his lessons from his first lifetime, Jing Shao guarded against the treacherous courtiers and the people who betrayed him. He was thankful he had been given a second chance to mend his relationship with his elder brother, Jing Chen whom he discovered had tried all means to save him from the gallows during his last life. This life, he intended to help his elder brother succeed the throne.

Going through his life the second time was much easier for Jing Shao to pick his battles and predict events. He was also shrewd enough to raise his private army in the forest for emergency use. With Mu Han Zhang assisting him as the military advisor and chief strategist, Jing Shao easily won the battles in the South. The hardest battle to fight would be against the crafty King of Huai Nan in Jiangnan. In his previous life, he thought the King of Huai Nan a worthy opponent, thus this life, he decided to explore cooperation and alliance instead. They became sworn brothers. 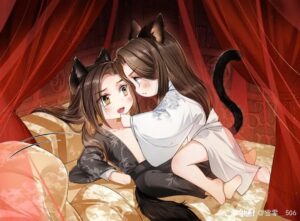 When JS was tasked by the Emperor to battle the King of Huai Nan and reclaim the vassal state, the 2 parties pretended to fight, stalling for time and enjoying life away from the capital city instead. Meanwhile, in the palace, the eldest and fourth princes continued to scheme to take over the throne. The step-Empress poisoned the Emperor, whilst the first and fourth princes took control of the imperial army to capture Jing Chen and Jing Shao. But the eldest prince was no match for Jing Shao so he was captured by him instead. 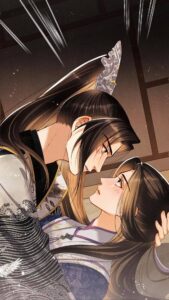 Jing Yu, the fourth Prince who had taken over the imperial army attacked the brothers. Luckily Jing Shao had his private army inside the capital city which was mobilised by MHZ to save him and Jing Chen.

As I am typing this review and recapping the story, the manhua at “Kuai Kan Man Hua” app on my phone had only 14 Chapters. I would be looking forward eagerly to see the cute little tiger, Xiao Huang. I’m glad I picked this novel to read and the manhua is very pleasing to my senses. 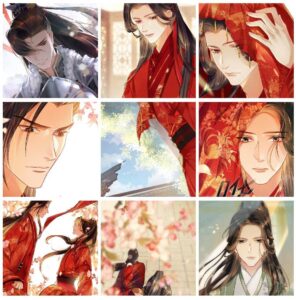