This novel is a hidden gem! If you have enjoyed reading Quickly Wear The Face Of The Devil, you’ll definitely love this novel too. The similarity between “The Haunted” and QWTFOTD is that both MLs are not humans. In my opinion, the ML for “The Haunted” is probably more romantic and his character is more defined by the author.

There are 5 worlds. The first 2 worlds were haunting and mysterious enough to make me grab the Chinese version to continue reading to the end. The 3rd arc was the longest, most romantic and most touching story about blood sucking vampires. The 4th arc being the scariest and the 5th arc wraps up with the ML revealing to the readers how he and CY met hundreds and thousands of years ago and how the 5 worlds came about. 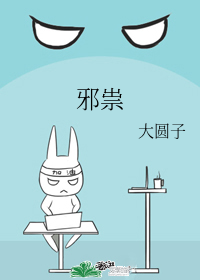 The main character is Chi Yan (CY) and the ML is Ye YingZhi (YYZ).

YYZ is eternity. He is neither a human nor God, but an evil (邪）. But he’s not exactly a devil (a devil seems to be too low class for his status) nor is he really evil. If one would say he’s a devil, then he would be the most powerful devil that ever existed – the father of all demonic existence. He’s just a formless powerful existence that has been around for eternity.

Hundreds of thousands of years ago, CY unknowingly entered YYZ’s eternal world in another dimension after being kidnapped by a group of grave robbers. YYZ gave CY a world of his imagination and creation to live in. What CY wanted, YYZ would give – mountains, meadows, sea, boats, houses, rivers, robots and so on. YYZ could give CY anything, but just no other living things.

YYZ doesn’t know what was time, love and loneliness. He was nothingness and eternity. CY lived in his eternal world for thousands of years and he became lonely despite talking to YYZ everyday. He asked YYZ to appear in front of him in the form of a human for he had started falling in love with the formless being and wanted to hug and kiss him. Humans need  to be touched afterall. YYZ was the only existence whom he talked to.

So one day, CY requested if he could return to his world where he was once familiar with. He had spent thousands of years in loneliness waiting for YYZ. YYZ agreed. After CY left, YYZ finally realised what was loneliness and he missed CY. He learnt possessiveness – he dictated that in all CY’s reincarnations in the other worlds, he cannot love anyone else except him! (Since CY told him that he loved him before.) YYZ chased after CY, into whichever worlds that CY was reincarnated to. 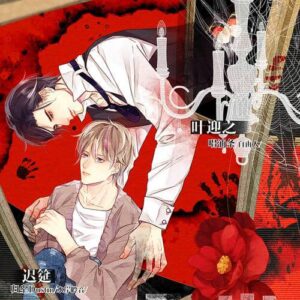 In the first world that CY was reincarnated to, he was an office worker with a weak constitution that attracts evil ghosts. In order to protect him from evil, his granny found a family jade and made CY wear it to ward off evil. But of late, the jade was losing its effectiveness against the ghosts.  A Taoist master from the temple told CY that the 3rd master of the Ye family had recently passed on. This Master Ye had “look of a demon” and a “fierce constitution” that scares evil. If CY could get hold of some his ashes, put it inside a tiny bottle and wear it around his neck, he could ward off all other ghosts.

The ghost of Master Ye (YYZ) protected CY. But this greedy ghost wanted more… he wanted to be his lover…. 🤣

In the second world, CY was a postgraduate student. He played online role playing games and got to like a player  (YYZ) by the nick of “Baby Yan”.  But the game character “Baby Yan” absorbed YYZ’s demonic energy and became a demon disguised as a pretty girl who murdered 8 students. Her 9th victim was CY so that she could “build” a human body for herself.

In the 3rd world, CY was an undergraduate Year 3 student who went  to Australia for an exchange program. His neighbour next door and his friends were vampires who invited him to a Blood Feasting Party. CY didn’t know of the existence of vampires so he innocently accepted the invite. He told his “friend” (YYZ) whom he got to know through the phone about the party but that friend told him not to go. But CY shrugged off his advised and went for the party bringing along another human friend. 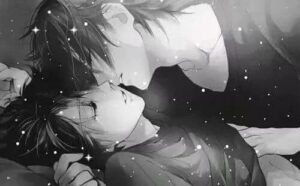 CY confided in his “phone” friend about Lord Amore and vampires and was told that this friend was a vampire prosecutor. Little did he know that his handsome “phone” friend whom he met later, was Lord Amore himself! Oh my… this story is so hilarious that CY got tricked again by YYZ!  I’ll beat your butt, you naughty vampire! 🤣 Naughty YYZ, he  just enjoyed bullying and toying CY around his finger. But then, how else could he tell CY, “Hi, I’m a vamp and I love you. Can I suck your blood?” 🤣😂😅

This story is about true love to eternity that I cried when CY’s human life ended. What YYZ did for CY was really romantic and touching. This 3rd world is the longest arc and the saddest. I give this book 5 stars because of this arc.

The 4th world was about CY as a postgraduate student and this arc is probably the scariest as it gave me goosebumps. CY’s family was one of the 3 influential families that practised “Dao” (Taoist) and “Gui” (devil). CY’s family are Taoist masters while the Ye family practised the “Gui” demonic ways. After his parents divorced, his mother brought him and left the Chi family. Little did CY know  that his beloved neighbour, Brother YYZ, whom he had a deep attachment to, died and became a demon the day he and his mother left the Chi family…. the ending was somewhat sad… but how else could it end?

In the final arc, CY was a high school student who followed his cousin brother and his friends to go trekking. The group of 5 was misled by a ghost to a cave where the other 4 friends died including CY’s cousin. This incident haunted CY for many years later until he met his lover YYZ who suggested CY to return to the cave to find out exactly what happened then.

In this final arc, YYZ had all the memories of the past 4 worlds and he revealed to CY and the readers the beginning of Eternity and how these 5 arcs came about, finally tying up the story neatly to a close.

I’m bringing you back to my eternal world where we love each other to eternity.

You are mine and my true love forever.

It doesn’t matter if you are not human. I will still love you anyway.

Extra Chapters: if you’ve not gotten enough of the YYZ&CY couple, you can continue to read the extra stories. But in my opinion, the stories were a bit draggy.