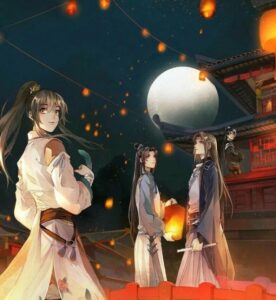 The setting of this novel is ancient China in the Kingdom of Great Chu. This novel is easy to read with many lively characters. The plot is also quite thick, littered with romance between the King and the Lord King of XiNan.

The machine-translated English version has been completed. But the English translation by Pucari is still on going. (See links below👇) There is manhua 漫画 and animation (20 episodes) available too. I only watched the animation after I finished reading the novel in Chinese and felt that the animation lacked many details of the story. Moreover, I found it boring since the animation portrayed the ML to be very serious and stone-faced like Lan WanJi (ML of Grandmaster of Demonic Cultivation) when actually, this ML, Duan Bai Yue is a very romantic and gallant guy, humorous at times.

The ML, Duan Bai Yue somehow had a very tough life loving the Emperor since he was 10 years old and had to control his feelings and wait for his lover for the next 20 years of his life. And during these 20 years, he had made countless trips travelling 10 days one-way each trip to the capital city from XiNan just to see the person he loves. 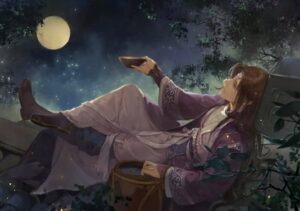 The MC, Chu Yuan, who is the Emperor of  the rich and prosperous kingdom of Great Chu had his temper and cold royal demeanour to upkeep. Although he likes Duan Bai Yue since they met when he was 6 years old, he didn’t show his feelings much and tried to keep his distance from DBY as he has to upkeep his Image of royalty. This probably made courtship from DBY rather tiring. Nevertheless, basked in the never-ending love and pamper from DBY, Chu Yuan helped realised DBY’s dream eventually. 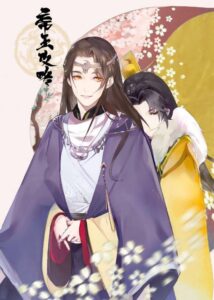 Duan Bai Yue (DBY) is the Lord King of XiNan. XiNan, translated in English is in the south-west border of the Kingdom of Chu. He is very intelligent and is immuned to all types of poisons. He has his own army and assassins. In this pugilistic world of WuXia, DBY is probably the most highly-skilled.

However, in the eyes of everyone else in the court and the ministers of Chu, the Lord King of XiNan is famed to harbour bad motives to clinch the throne of Chu. Anything associated with him can’t be anything good and everyone is weary of him since he is an expert of poisons. The XiNan manor is littered with full of poisonous critters and snakes.

What everyone doesn’t know is that many years ago, DBY had secretly assisted the current King Chu, Chu Yuan (CY), to the position of the crown prince and then eventually become the King. He had helped Chu Yuan secretly by giving ideas on policies, stabilise the borders and his position as the new King. As CY puts it, his success was built on the expense of the bad reputation of the Lord of XiNan, since the Emperor (that is, himself) made use of the Lord’s fake ambitions to bring stability in his country and trick the enemy. He no longer wants to do this since his position is strong enough now and it’s time for the Lord of XiNan to enjoy good reputation across all the land. 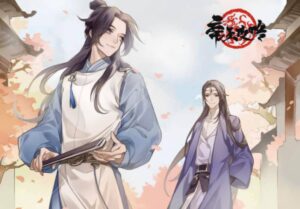 DBY and CY first met during their younger days. DBY was 10 and CY was 6. As CY was the 2nd Prince and was doted by the Emperor and Empress, he was attacked by the jealous Crown Prince and his 2 burly minions in the Palace Garden. DBY and his father were visiting the Emperor of Chu at that time and saw CY being attacked. DBY rescued CY and pointed out the bullies to the Emperor of Chu. As a result, CY was eventually conferred the title of the Crown Prince instead. Both CY and DBY looked forward DBY’s visits so that they might spend time together.

As the years passed, their friendship blossomed into love but neither of them wanted to admit their feelings since they didn’t know how to bring their relationship further. They both waited for each other and refused to take concubines or marry others. 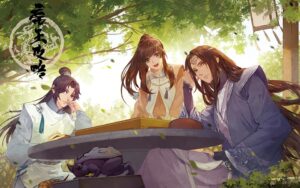 One day, when DBY was practising the Buddha’s Sutra (a kind of powerful kungfu), he received a letter from CY asking for help. In his panic, he quitted halfway and damaged his Qi severely. In order to save his life, DBY’s teacher Shifu, Nan Mo Xie fed him a golden silkworm to save his life temporarily. As the worm wakes once a year, DBY’s body will be tortured by the waking of the worm inside his body. All these while, he didn’t tell CY the truth and silently suffered in silence.

When CY found the truth, he was adamant to find the only cure, that is the Tien Chen Sha stone hidden in the Southern Island in the enemy territory of Fei Mian country.

DBY not wanting CY to risks the perilous journey to get the cure, tricked CY into believing that his Shifu found the cure, when actually, his condition deteriorated and was on the brink of death. He reluctantly separated from CY to cultivate Buddha’s Sutra for 3 years in order to control the golden silkworm in his body. CY agreed to wait for him. 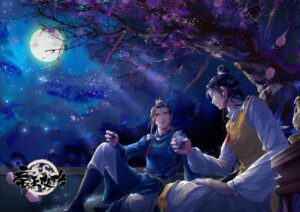 3 years later, CY rushed to DBY’s manor to find him but DBY avoided meeting CY, ashamed of his disfigured appearance and poisonous body. DBY wanted CY to forget about him and live a glorious life as an Emperor. It was rather heart breaking for CY who missed DBY so much.   CY said he didn’t care if DBY looked ugly or a body full of poison, he can accept him. The wise Emperor gave DBY some time to deal with his internal struggles before the couple returns to each other’s arms again. 💕

Even though CY is King Of Chu, DBY still visits CY and helped him with several tasks and investigations. All these led to discovering the brewing uprising of a powerful enemy army in the Southern Seas led by CY’s brother, Chu Xiang who wanted to claim his throne of Great Chu. 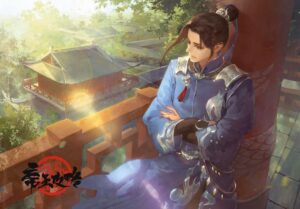 The final battle was led by CY and DBY, together with the help of their brave generals and friends. CY was injured fatally by DBY’s devil sword and almost died. The Great Chu army won the final battle and DBY was crowned Empress of Chu. The couple reigned Chu for several years until their adopted son, Xiao Man (traitor Chu Xiang’s son) succeeded the throne.

As the MC, Chu Yuan is an outstanding cool-headed, brave Emperor who is able to make well-informed decisions and bring about trade with other other surrounding countries. His love for DBY is ever so loyal and doting. What I like about him is that he planned to be a formidable Emperor of Great Chu who has power over the great army. His plans to stabilise the borders, forging alliances and trade with neighbouring countries and winning the wars made the ministers have no grounds to press for marriage. All these impressive achievements so that he could thus marry his lover and crown his chosen Empress and nobody can oppose to the marriage. It’s a plus he found his heir in Xiao Man who has lineage to the throne. 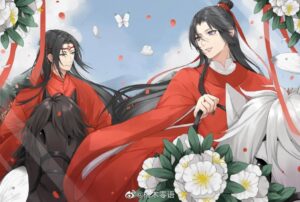 As the ML, DBY is very romantic, pampers and loves CY to the moon. He is very intelligent, highly skilled in Kungfu and very in-tuned with the pugilistic world amongst the commoners outside the Palace. These 2 very handsome and outstanding nobles are definitely a match made in heaven! 😍🥰🤩

2. Translation by Pucari (In Progress):