If you are looking for a short bl novel to satisfy your dark and guilty pleasures, then this book is for you. The chapters are very short.  It has a lot of smuts, a lot of sexual violence, and a lot of…… errr…. “blood mixed with white liquid”. If this is not what you want to read, then please don’t.

I binged-read this book in two days, could have done it in one day but I had too many things to do. And I almost wanted to give up reading halfway due to the thin plot and thinking process of the main characters which I can never understand. The ML seemed to always appear out of nowhere suddenly like a stalking ghost and then the next minute he became a devastating thrusting machine. All that he knew was to kill those who offended him; or with Lu Cang, the punishments were always brutal rape. He felt pleasurable seeing Lu Cang being tortured senseless by him. Seriously, only a sadist and psycho gets turned on seeing the other person bleed in pain during intercourse and yet continue thrusting. 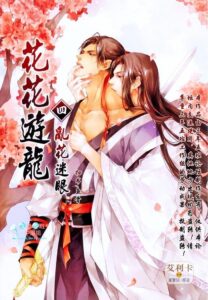 Lu Cang was the unfortunate victim and I don’t understand how he could withstand all these abusive tortures, sustaining several injuries and yet fall in love with that beautiful face ? But all these are formulae for hardcore smut, dark and guilty pleasures.

Other that the abusive and excessive sex scenes, this novel is light and easy to read. I laughed at Lu Cang’s folly, cried when he was being tortured senseless and humiliated and comforted when his bandit brothers didn’t forsake him. There are many fanfics, but I guess I’ll give them a miss. I read this novel due to the several controversial reviews which sparked my curiosity – either like this novel immensely or dislike it a lot.

There are other similar bl novels like #SicklyTyrannical (reviewed) and “Surrender”. I read a few chapters of “Surrender” before giving up on the book. 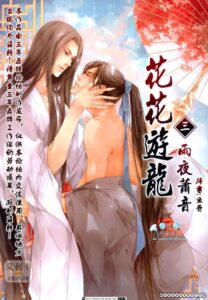 The Emperor, Xuan Yuan Jing (Jing Zong) was having a leisure time out from the palace when he heard about the disappearance of women at Mt Lu Cang. Together with his guard, they disguised themselves as women to pose as maidens who lost their way to investigate the matter.

Lu Cang was the King of the mountain bandits at Mt Lu Cang. His bandit brothers abducted the 2 “beautiful” women and presented them to Lu Cang. Lu Cang was captivated by one of the “women” and agreed to get married with the better looking one. Errr.. didn’t he realise that woman was taller and bigger than him ??? hmmm….

Tragically on his wedding night when Lu Cang returned to his wedding chamber, his “wife” turned out to be a man! Lu Cang was mercilessly raped and sexually abused and utterly humiliated. Jing even tattooed a golden stamp on his inner thigh. A pill was pushed into his anus as the perpetrator (Jing) told him to meet up at the bridge in Tong An capital city for the antidote a few days later. I thought Jing did this as he just wanted to teach Lu Cang a lesson not to abduct women. Personally, I didn’t feel sympathy for Lu Cang as I felt he shouldn’t have allowed his subordinates to abduct and rob women of their chastity in the first place. Had he let the 2 women go, he might not have encountered such fate.

During that meeting at the bridge, Lu Cang was brutally raped again and deceived by the deceitful, lascivious and sadistic Emperor. Insisting on having the antidote, Emperor Jing gave Lu Cang a little green pill ( which was actually an aphrodisiac ). Lu Cang asked the Emperor how was it that the green pill could be the antidote. Emperor Jing told him he can go try it on a dog. 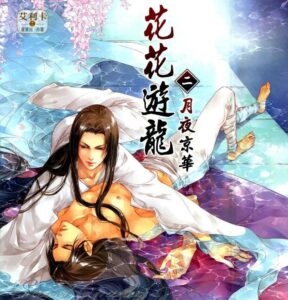 Lu Cang found a dog and stuck the pill into the dog’s anus and got his finger stuck in an awkward position. The dog was the Emperor’s twin brother, Tong Xin’s pet. Lu Cang was captured by Tong Xin’s guards, but eventually ended up in being devastatingly raped again by Jing.

Lu Cang brought his bandit brother, Cao Xin to visit the brothel in Tong An city, intending to spend his fortune on a night with the most beautiful prostitutes. In the end, Emperor Jing appeared again and taught Lu Cang a lesson by violently raping him in front of the top prostitutes in the brothel.

Ok… by now I am tired reading of the brutal rapes. The rapes were so horrifying, if I were Lu Cang, I could have committed suicide myself, but that will be the end of the story. Then again, Lu Cang was tricked again and again by the emperor, I gritted my teeth and really hoped he wisen up a bit.

Lu Cang was tricked to participate in the Assembly of Heroes by Jing who promised to release him if he wins the competition. During the prize presentation ceremony, Lu Cang was shocked to realise that Jing was the Emperor. Lu Cang tried to escape only to be raped by Jing again. This time round, Lu Cang was brought into the palace to be Jing’s concubine. 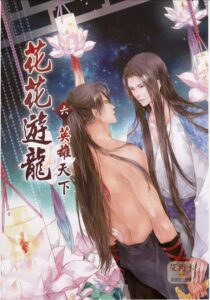 Later in the story, we read of Jing’s Empress, Xizhen is his paternal cousin. Jing later left the country to battle Luo Guo. The ruler of Luo Guo was Jing’s imperial Uncle who had defected. The Uncle was also the Empress’s father. Jing was obsessed and infatuated with his Uncle. After capturing his Uncle and returned to the palace, Jing brutally raped Lu Cang again in front of his uncle. And he also raped his uncle and sexually tortured his uncle for quite some time until he died. Xizhen poisoned his father to alleviate him from the sufferings.

Somehow, Lu Cang managed to leave the palace and return to his bandit liar. But his happiness was not long-lived as he was soon found by Jing who brought him back into the palace once again.

As the Emperor’s concubine and given a high position of a Marquis made many concubines and courtiers jealous of Lu Cang. One of the officials maltreated Lu Cang’s bandit brothers which led to a fight. Lu Cang felt very unhappy and bitter that Jing allowed his court adversary to take control of his bandit brothers and punishing them. This led to a big fight between Lu Cang and Jing. “I will never forgive you!” Lu Cang shouted at Jing. He had never uttered these words to Jing even when he was sexually tortured to the extent of almost dying but this time, this matter with his bandit brothers touched his bottom line. Jing had started to fall in love with Lu Cang. He wanted to execute Lu Cang but let him return to Hangzhou instead. 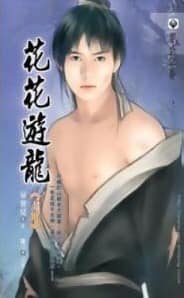 In the absence of Lu Cang for many months, Jing’s temper was very short. His imperial guard gave Jing an idea to visit Hangzhou. When Jing finally found Lu Cang in an up class restaurant, all his imperial guards kneeled down and shouted for Lu Cang’s return to the palace. Lu Cang refused and told the Emperor to go home. Jing knelt down in tears hugging Lu Cang’s legs and begged him but Lu Cang wouldn’t concede. Somehow, Lu Cang fainted and Jing abducted him back to the palace…. Pfffft….

Jing treasured Lu Cang a great deal now pampering and doting him. One day, a letter from Hangzhou arrived for Lu Cang saying that his bandit brother was sick. Lu Cang rushed to Hangzhou but was greeted by Cao Xin who arranged for Lu Cang to mate with a woman for procreation.

Lu Cang let the woman go instead. Jing knew of this matter and pampered Lu Cang to the moon by bottoming for Lu Cang. Hahahaha!!!!! 🤣 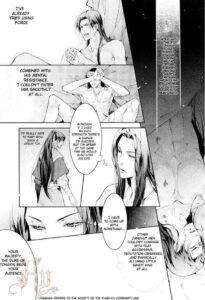