If Grandmaster Of Demonic Cultivation, Mo Dao Zu Shi can be such a successful BL novel that has animation, manhua and the Chinese drama “The Untamed”, I don’t see why not for Jiang Cao Ge and the Spirit Weapon !!!!

This novel is filled with too many handsome male leads (12 legendary divine beasts) who all looked godly and their Spirit Mages (or Spirit Weapon User).  🥰😍If it’s a drama production, i bet it’s going to be an awesome, expensive and grand production with full of cinematic animations, sound effects, beautiful costumes, 23 very handsome actors and 1 pretty, brave and feisty lady. 😂 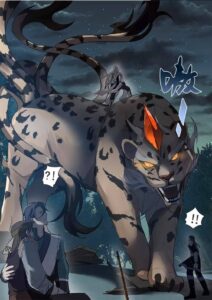 This novel was written by my favourite author, Shui Qian Cheng. She was also the author of Beloved Enemy ,Years Of Intoxication, Professional Stuntman , In Love With An Idiot and My Little Poplar .This time round, she did not exercise her characteristic formula of angst, pent-up frustrations, rape and violence. This novel is very different. Even sex is not written in her usual signature hardcore explicit style. 😄

Still, I really love this novel to bits and will read it over and over again. The MC is a very intelligent, loyal and brave young man who takes care of his teammates. I enjoy reading how he handled those difficult situations and the little brat (ML). He could be resourceful, yet there are times he fell into helplessness.

In this novel, there’s modern world and the MC time-travelled or world-hopped to a different world of ancient beasts. These 2 worlds also differ by the fact that the modern world uses energy to power machines whereas the ancient world (of legendary beasts) uses spiritual power.

Other than world-hopping, one of the Wow-factors are the 12 legendary, mythical and fearsome beasts which included Qi Lin, Qiong Qi, Tao Tie, Tao Wu, Xuan Wu, Fiery Phoenix, White Tiger, Azure Dragon, White Marsh and so on. They could only be awakened from the weapons by Spirit Mages with their respective Sorcerer’s blood (spoiler!). 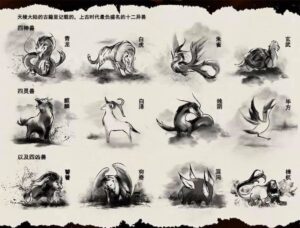 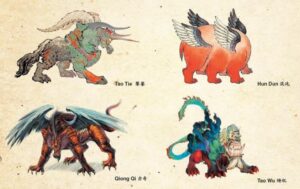 The other wow-factors of this novel also include hilarious scenes, bromance between the various couples of spiritual beasts and their spirit mages; the breath-taking natural sceneries, sorcery and the large-scale final battle and awesome happy ending in the novel.

Oh yes.. there’s MANHUA too!!! I was first hooked to this novel after reading the manhua websites. But even the manhua was not completed yet, so I dived straight to the Chinese novel version. Don’t miss out this manhua! 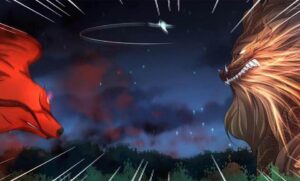 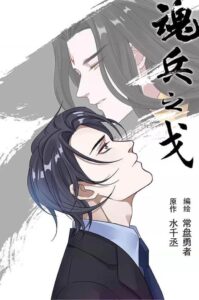 Jiang Cao Ge (MC) was a street hooligan but through his shrewd business acumen, he became a super rich CEO. One day, when he visited an old mansion trying to acquire it in order to develop his real estate business, he was sent by a mysterious old man to another world where it was not only very dangerous, but a world where he found love, deep friendship and a place where he called “home”.

This new world was an ancient world to him, except that many tools, machines and spiritual beasts were powered by spiritual energy.

Other than the normal folks, the humans in this world are classified as “spiritual weapon users” or “spirit mages”, “spirit tool masters” and “spirit advisors”.

Spirit weapon users are able to summon beasts of various grades – yellow, earth, heaven and divine. These beasts may be summoned to protect, transport and to fight.

Spirit tool masters use leftover parts of beasts (usually the bones) to make weapons for spirit weapon users for a living.

Spirit advisors are like doctors or cleric (in the world of eSports) in this world. They use their spiritual power to heal the wounded and even grow limbs! 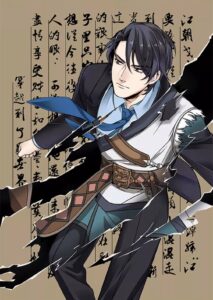 There are also sorcerers who use incantations and black magic but they appear much later in the novel.

Then there’s another group of heavenly Jade Emperor and his army soldiers and they only appeared during the final battle.

When Jiang Cao Ge world hopped into this spiritual world, he was greeted with hostility and it was like he was chased by powerful people whom he didn’t know, wanting him dead. Fatefully, he picked up an ancient sword which only he himself could carry and managed to summon a spiritual brat whose temper was really bad and arrogant. Unfortunately, in this spiritual world, Jiang Cao Ge did not have enough spiritual power to summon this ancient divine powerful beast of a Qi Lin, Zhi Xuan (ML) who could otherwise protect him and his friends. In fact, this fearful beast was known to destroy the old world along with 11 other legendary beasts through fierce battles. 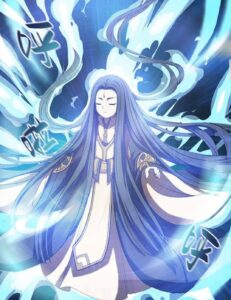 This novel weaves an intricate and fascinating plot of how Jiang Cao Ge rounded up a group of unlikely travel companions who embarked on a perilous journey to find the other 11 divine spiritual weapons users and beasts to form alliances for the final battle.

In a twist of the plot, Jiang found that the blood and part of the soul of ML’s worst enemy of a very powerful sorcerer, Gong Gong flowing through him. Gong Gong had brutally killed Zhi Xuan, the Qi Lin beast,  cut his horn and made it into a spiritual weapon which he could control and summon. No wonder Zhi Xuan hated him to the core. Not only that, Gong Gong was the mastermind behind the disaster that happened during the times of the divine beasts tens and thousands of years ago. The battle was brought forth again to Jiang’s time. Eventually between Zhi Xuan and Jiang, it was a test of trust and forgiveness between our BL couple. 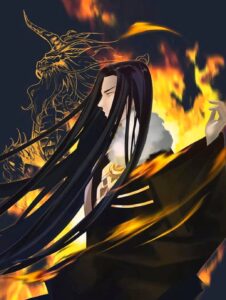 Some notes about our ML is that he is an ancient legendary beast whose thoughts are simple, loyal, truthful, possessive and has his basic needs (like sex) 🤣. BEAST afterall!!! He was at least a tens of thousands of years-old virgin who only tasted mating for the first time with Jiang. I read a review from a reader who complained that this ML keeps wanting to mate which was rather annoying… hahahaha… but isn’t that the exciting and hilarious part between the couple? 😊 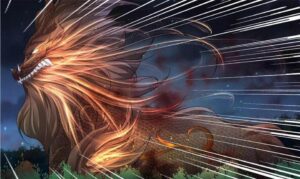 Disclaimer: these pictures were taken from the the free chapters of Kuai Kan Man Hua. 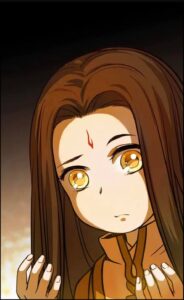 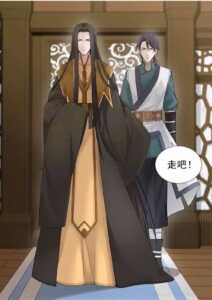