There are many golden works and Chinese BL novel masterpieces that it is so very hard to have a Top 10! I am gritting my teeth and making very difficult choices as I listed this list of Top 10 novels!

Click on the links below for reviews and spoilers.

1. Husky and the White Cat Shizun

This is one novel that is totally worth my time reading again and again. Husky and the White Cat Shizun is about a pair of disciple and teacher Shizun whose love spans two lifetimes. During the first lifetime, in order to protect his beloved Shizun, Mo Ran was fed a poison pill by a villain which made him hate his Shizun, Chu Wanning. He killed his relatives, decimated many cultivation sects and committed many heinous crimes including raping and imprisoning his Shizun. After his Shizun died in captivity, Mo Ran committed suicide. But heavens allowed him to be reborn again to his 16 year old self, just in time for a second chance. This time, Mo Ran saw for himself the goodness of his Shizun and all the misunderstandings he had in his previous life. Mo Ran repented and made atonement for his sins, loved and protected his Shizun with his life. This novel is packed with emotions and it is so satisfying reading about Mo Ran’s character development and the deep love between this couple. 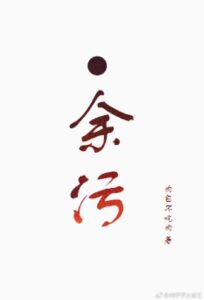 Yu Wu is a story about two famous generals – one of aristocratic birth (Mo Xi) and the other, born a slave (Gu Mang). These two generals were very close friends, and in fact, they were in a relationship until one day, Gu Mang betrayed the country.

Gu Mang defected and joined the enemy camp. He was later returned to the country as a traitor for peace offering by the enemy country. But Gu Mang was no longer the fiesty and brave person he used to be.

Mo Xi embarked on a painfully emotional journey to discover what happened 5 years ago that made his lover defect. I assure you, this novel is one that is very powerfully charged with angsty emotions that will make you cry loads and feel so much for this couple. 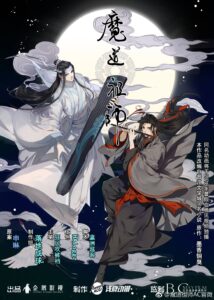 As the grandmaster of demonic cultivation, Wei Wuxian roamed the world, hated by millions for committing acts of necromancy. Overthrown by the powerful clans he had attempted to subjugate, Wei Wuxian is supposedly killed by his shidi in order to save the cultivation world.

Restored to life in the body of Mo Xuanyu, the local cut-sleeve lunatic, in order to exact revenge on his abusive relatives, Wei Wuxian quickly finds himself spiralling back into his old life when he’s taken away by the cold-hearted, stern, and ultimately quite boring Lan Wangji – who might be harbouring warmer feelings than contempt. Perhaps of the…romantic kind?

But despite his new beginning, Wei Wuxian begins to unravel a decade and a half long mystery that is set to undo the very fabric of the cultivation world as they know it.

A mysterious, action-packed thriller of a ride, this is a journey you won’t want to miss! 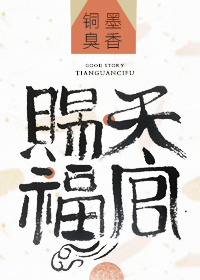 Eight hundred years ago, Xie Lian was the Crown Prince of the Xian Le kingdom. He was loved by his citizens and was considered the darling of the world. He ascended to the Heavens at a young age; however, due to unfortunate circumstances, was quickly banished back to the mortal realm. Years later, he ascends again–only to be banished again a few minutes after his ascension.

Now, eight hundred years later, Xie Lian ascends to the Heavens for the third time as the laughing stock among all three realms. On his first task as a god thrice ascended, he meets a mysterious demon who rules the ghosts and terrifies the Heavens, yet, unbeknownst to Xie Lian, this demon king has been paying attention to him for a very, very long time. 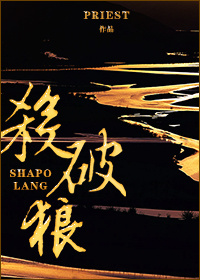 In the age of the Great Liang Dynasty, the lives of the people were made convenient with steam-powered machines that run on a fuel named Violetstream Gold. Chang Geng, who lived in a small countryside village, shared a distant relationship with his mother while his stepfather was away most of the year round. The only people he was close to were two little kids, the village teacher, and his yi fu – adoptive father. But his life was flipped upside down one day following the barbaric Man tribes’ invasion, and it turned out that his entire identity had been an illusion – not only was Chang Geng himself not the country boy he thought he was, but also his mother, his teacher, and even his beloved yi fu… 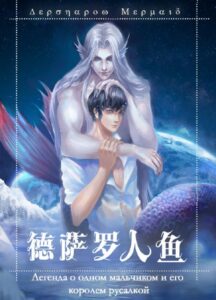 In order to fulfill his lifelong wish and graduation project of researching merfolks, Desharow, a student of Biology Department of Russian Maritime Academy, went on a long distance voyage with his mentor, Rhine, and caught a special species of male Merfolk in Iceland. Little did he know that this mysterious dark and evil creature had long since regarded him as his “prey” (cough cough spouse) and had been invading his body, leading to an unexpected trigger to a thrilling conflict.

In the end, can the merman’s instinctive desire prevail or not, and will the research of Desharow proceed smoothly under the obstruction of his mentor with the same misguided idea? What is the real purpose of the investigation that seems to be hidden in the presence of military forces when a terrifying conspiracy dating back to World War II begins to emerge….?

With the development of the research and the frequent occurrence of various dangerous incidents at sea, emotional struggle, and instinctive love, Desharow soon discovers some incredible connection toward the evil black-scaled merman and how his body has undergone some unique alteration. 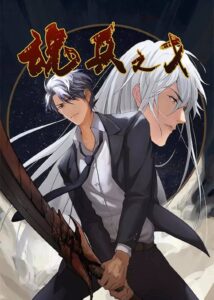 Jiang Chao Ge, people called him “money hungry Jiang”. Went from a street hooligan to a newly appointed city official. The difficulties he experienced along the way he hid deep inside himself and did not say a word about it. He only wants be blinding in the eyes of everyone from now on.

Who would’ve thought that before he even had the chance to enjoy the wealth and reputation, he inexplicably passed into a different world. Moreover to his bad luck, the first thing he was faced with was being chased down to be killed. He just casually took a worn out rusted old sword to defend himself, why are these country bumpkins who’ve never seen the world chasing him so relentlessly?

In order to get himself a body guard, he tried to summon the ‘animal spirit’ in the sword. In the end, he summoned a devilish brat who rolled his eyes upon seeing someone, who only called him a good for nothing, who bit him whenever he got close. Where was the powerful, first class spirit weapon he was promised?!

No money, no power, no people, life constantly at risk. He couldn’t see the path ahead, nor could he face the fierce tiger behind. Jiang Chao Ge was beaten back into the abyss with one hit. In this unfamiliar world full of thorns, there is only one reason that allowed him to persevere and that is: to go back.

Hence, he was forced to embark on a desperate and risky journey with this devilish brat who he loathed mutually. 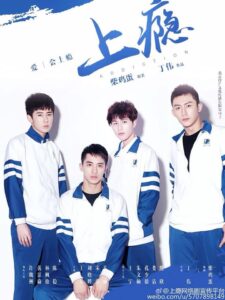 Some people are like a drug, once you get a taste of it, you are forever addicted.

A love story between two young men, from foes to a bickering couple, withstanding 8 years of separation, suffering and surviving hardships together. They are Gu Hai & Bai Luo Yin, in Chinese, when Hai & Luoyin are put together (Hailuoyin = 海洛因) means heroin, a substance that can be very addictive.

There’s a type of person who is like a Heroin. Once you got involved, you can never let it go…. 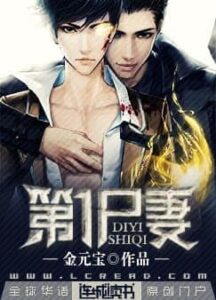 Transmigrating into his own novel, Mu Yifan was very conflicted!

Transmigrating into his own novel and becoming a zombie, Mu Yifan was even more conflicted!

Transmigrating into his own novel and becoming the zombie king that had killed the male lead who was reborn one month before the Apocalypse and wanted to take revenge, Mu Yifan has lost his calm!

Therefore, he decided to become heartless. He has to get rid of the male lead before he is reborn! 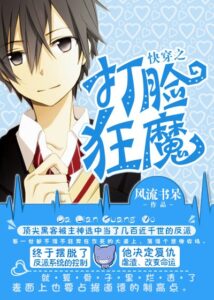 10. Quickly Wear The Face Of The Devil

A top hacker was chosen by the Lord God to be reborn into countless worlds, always as an expendable villain.

With no free will, every world became a dead end. Every one of his lives ended tragically.

Finally, after wrestling control of the Villain System, this ace hacker decided to enact revenge. Even if his very bones were rotten, he’d choose to occupy the very heights of morality, if only on the surface.

Thus, he would change his fate as an abused slag. 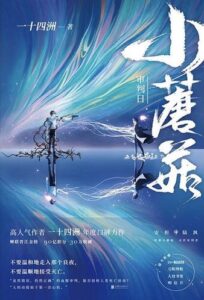 This novel is about how a little mushroom (a simple organism, eukaryote) absorbed the genes of a dying human and became human after that. But he had a problem – his spore, his most important thing in the world was taken away by someone and had been brought back to the human base for scientific research. So he started his perilous journey to find his spore. And through this journey, he experienced the weaknesses, strengths, good and bad of humanity, and most importantly, trust and love.

This novel is definitely a masterpiece that you must read !!!! Despite an apocalyptic and gloomy doomsday setting, there wasn’t any dull moments. If you are looking for a danmei / BL novel that is worth your time, do give this novel a try and you won’t be disappointed. 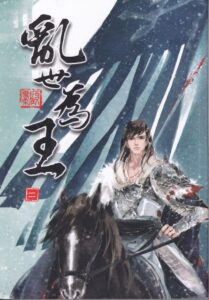 12. To Rule In A Turbulent World

This novel is really a gem and the story is just so breathtaking. It is a story about a rich second generation young master called You Miao who squandered his time and money away during his youth. Out of curiosity as to how two men could play in bed, he bought over his friend’s slave who was almost beaten to death. Little did he know that that slave was worth many times more than the money that he had paid.

Against the backdrop of agricultural farming and war, it’s a story about working hard and never giving up to achieve great ambitions; its also a story about friendship, love, trust, loyalty and brotherhood. This novel is beautifully written and the ending is truly a satisfying one.