Reborn As My Love Rival’s Wife

Reborn As My Love Rival’s Wife

This novel is fun and easy to read and I finished it in 2 days over the weekend since I decided to stay home and not get exposed to the coronavirus that’s looming in the outside world. Staying home and safe with a fun happy book to read is the most enjoyable thing to do. 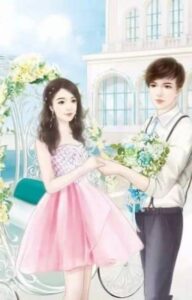 This novel is not exactly a boy-boy relationship. The MC who is a 30 year old male engineer died in a car crash and his soul transmigrated into the body of a girl. Thereafter, the rest of the novel is about this girl with the soul of a guy, interacting with the girl’s husband. The MC who preferred girls eventually accepted the husband as “his” lover. So it’s more of a gender bender kind of novel, but the ML, who is the husband of the girl was a straight guy.

I prefer boy-boy stuffs, but I decided to read this book as the reviews said that this book is a fun read. I enjoyed the story a lot.

The plot is simple and expected but the daily interactions of the MC and the ML are so funny that they reminded me of Lan WanJi and Wei WuXian of Mo Dao Zu Shi #GrandmasterOfDemonicCultivation. The ML is super handsome, very rich, cold and man of a few words. Whereas the MC is a chatterbox with a lot of crazy ideas.

If you are looking for bl novel with a good and serious story plot, then this might not be your cup of tea. 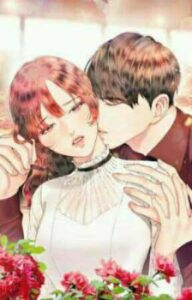 The MC is 30 year old engineer, Su Jian. Unfortunately, he met with an accident and died. His soul transmigrated into the body of female Su Jian.

Female Su Jian was the passenger of a taxi which was also involved in the same accident. However, I think it was her soul that went to heaven instead or somewhere else. 😂

When Su Jian in a female body woke up in the hospital after an operation on her broken leg, he was horrified. It took him sometime to get over the fact that he is now and female and even has a husband. One of all the men in the world, “her” husband is the rich and handsome love rival of his, An YiZe (ML).

During high school, Su Jian had a short love relationship with 3 girls but they all left him for An YiZe. That made Su Jian hate him and rich people. Thus, he tried to take his revenge on An YiZe now as his legal wife.

Su Jian later found out that both female Su Jian and An YiZe has been legally married for only a month and their marriage was just a contract. An YiZe was dumped by the girl, Ji Yan, whom he loved and was feeling deeply hurt, whilst female Su Juan’s mom was suffering from a disease, uremia, and needed a lot of money for treatment. Thus the two married so that the marriage will keep An YiZe’s mind off Ji Yan whilst female Su Jian receives money for her mom’s expensive medical treatment.

The story was simple and expected. After transmigrating into female Su Jian’s body, Su Jian claimed he lost his memory and asked the ML to tell him who “she” was and everything he knew about her. 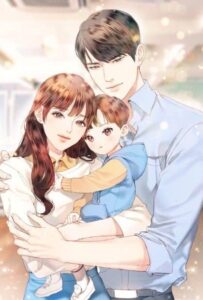 As expected, there were many girls who fell in love with An YiZe and flirted with him. And two women who were bitchy and jealous enough of Su Jian and plotted to steal An YiZe from her.

Then there is the overbearing mom-in-law, female Su Jian’s scum ex-boyfriend Lu ChengHe who wanted a reconciliation.

The story is littered with lots of daily comedy and lovey-dovey sweetness between the MC and ML. ML confessed that he fell in love with MC, but MC said he didn’t like him. After a period of separation and frustrations, MC realised that he also fell in love with ML so, it’s happy ending afterall!

The first 8 extra chapters of this novel later tells us that Su Jian disclosed his transmigration to his own parents and younger brother. But the ML still didn’t know about it.

I watched a similar romantic comedy, Chinese drama “Princess Go” on YouTube. There are 35 episodes. It’s about this guy who fell into a swimming pool during a pool party, but he drowned and his soul time travelled and transmigrated to the body of a female  Empress. It’s a gender-bender kind of drama. You can watch it with this link: