This is the 2nd eSports novel I’ve read so far…. And probably going to be my last. Don’t get me wrong, this is really an awesome games novel, it’s just that I thought the variation might not be that great if I picked up another. 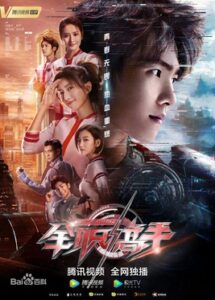 The first eSports novel I read was “The King’s Avatar” with at least 1700 chapters back in 2019, before I started reading my first BL Novel. It was truly an awesome novel and subsequently, I was so captivated by it’s animation. I watched it at least more than 5 times and waited at least more than a year for the Chinese Drama 《全职高手》, starring my favourite actor, Yang Yang. The animation of the game in the drama was truly awesome and it was really worth waiting for. I might just rewatch the drama all over again! My only grouse is that the author had no plans to inject romance in this novel.

Anyway, FOG is an awesome eSports BL novel. It’s about the professional gaming scene in China of the FOG game where 2 teams of 4 players in each team, play against each other to clear the fog covering the opponent’s territory, annihilate the enemies, destroy their resurrection stone and/or drain their economy in order to win the game.

19 year old Yu Sui is the top assassin-type medic of the domestic server. His friend called him up to help check on his cousin who was a delinquent, broadcast anchor in an internet cafe and had fallen out with his family, and to help him assess if his nephew was cut out for gaming in the professional scene or would it be better for him to return to school to pursue his education instead. Yu Sui agreed and tried all means to get to know this talented youth, Shi Luo. It was love at first sight for Yu Sui. Yu Sui brought Shi Luo to join his gaming team, FS. Due to some unfortunate circumstances, Yu Sui left for Germany to play in the EU division leaving Shi Luo alone in China. Those 2 years when Yu Sui was in Germany, the ex-FS team members all had a very tough time. Two years later, Yu Sui returned to China and reunited with Shi Luo. Read how this fiesty shou, Shi Luo worked his way to enter the World Championship and kicked the previous World Champion, Germany’s Sacred Sword team out of the FOG league and take revenge for his lover and his team members 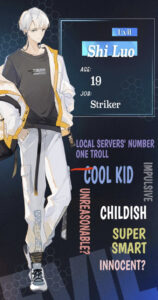 What I like about this novel is that Shi Luo is a hot-blooded youth who had a strong desire to take control of his life rather than have his life controlled by his parents and family. Although he is rebellious and hot-headed, he grew up well under Yu Sui’s initial guidance and is loyal to his friends. In his love relationship with Yu Sui, he can also be the more proactive and aggressive type in bed. No smuts here… awwww… 🙁

I like the ML, Yu Sui’s character too. He is always gentle, calm, romantic and doting to his hot blooded little lover. What his lover wanted, he’ll give. And he’ll do all the funny things to tease his little lover like sending him off to take exams without telling him first and then giving him a bouquet of hydrangea to appease after that. In fact, there are little things this couple did for each other which are really sweet and endearing. And silly at times… haha… like their live broadcasts and Shi Luo’s Weibo’s side accounts to boast about his lover, causing uproar amongst their fans. Sounds familiar that MCs in these novels  “Rebirth Of A Supermodel” and “Superstar Aspirations” like to keep secondary secret Weibo accounts?

Other than that, I’ll be honest that I scrolled and skipped quite a lot of the gaming parts since I know I won’t remember these gaming details much after putting this novel away. Watching the game itself will be more entertaining instead. Why not give this a novel a try if you enjoy gaming or eSports ?

“So long as the medic lives, his comrades will never be wounded.” 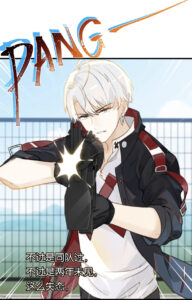 Yu Sui’s friend, Ke Hao, called him up to ask him to check on his 17 year old cousin, Shi Luo who left home to camp in an Internet cafe. He asked Yu Sui to assess him if Shi Luo was cut out for gaming in the professional scene or was he better off going to school instead.

Yu Sui thought of many ways to get to know Shi Luo and in the end, he pretended to be a poor noob earning his breakfast money by getting Shi Luo to respond to him. Shi Luo empathised with him and gave him his breakfast money everyday instead and brought him to play the FOG game, not aware that this little kid he thought he was bringing around was actually the domestic server’s number one top assassin-type medic. Yu Sui blew his cover after fans found him out.

Yu Sui brought Shi Luo to join his FS team later on as his substitute medic. They had a short period of happy days together. Yu Sui was like an older brother, sending Shi Luo to go for his college entrance exams and waited for him to finish his exams, picked him up and to go to the hotel to prepare for the next day’s paper. Shi Luo was angry but he was touched by Yu Sui’s actions. After all, his mom dumped him and his father used him as his tool to get his grandfather’s fortune.

Unfortunately, the FS team players were sold out by their scumbag manager, Ji Yanhan who needed a lot of money to help pay off his girlfriend’s family debt. Yu Sui redeemed Shi Luo and Old Qiao’s contracts with his own money. While his contract was sold off to Germany’s Sacred Sword team; and Puppy and Chen Huo’s contracts were also sold to other EU teams. It was a stressful time for Yu Sui which aggravated his health. 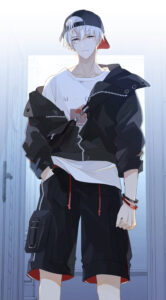 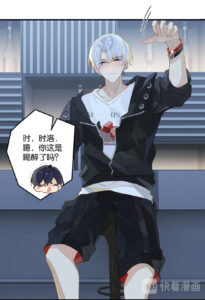 Yu Sui tried to protect Shi Luo and found a reliable team, NSN, to park Shi Luo with before leaving for Germany’s team, Sacred Sword. Shi Luo begged Yu Sui to take him to Germany. He was willing to do anything just to be with Yu Sui, but Yu Sui felt that Shi Luo was better off to be in China than in Germany. Moreover, Shi Luo was very talented and staying in China wouldn’t obstruct his growth in the pro scene of FOG. Yu Sui knew that he liked Shi Luo, but Shi Luo was too young then so he didn’t plan to confess that he liked him. Shi Luo liked Yu Sui too but he was confused and didn’t know what sort of like it was then. 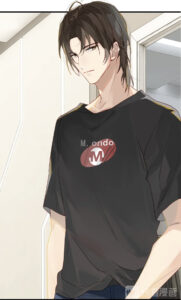 The two separated. Shi Luo was left behind in China and he went through a very depressing period without Yu Sui around. Deep down, he resented Yu Sui for not trusting him and taking him along and abandoning him. Nevertheless, he spent all his time working his way to become the nation’s number 1 striker.

Yu Sui and the other ex-FS team players, Puppy and Chen Huo didn’t have a good time in Germany either. But the 3 of them finally returned to China after two years when their contracts expired.

It was an angsty reunion but Yu Sui promised Shi Luo he would pick him up to join his new team once they cleared the qualifying matches.

Eventually, Yu Sui’s new team, Free, was formed and Shi Luo joined the team as their striker. All the ex-FS players returned to form the new team, Free, other than their scumbag ex-manager Ji Yanhan. They also hired the top notch manager, Zhou Huo who was ex-NSN manager to join them.

Shi Luo fought with his inner emotions and Yu Sui talked to him to clear their misunderstandings and how things were when he was in Germany. Through the short talks, Shi Luo understood what happened at that time with Ji Yanhan selling out the team and felt distressed that Yu Sui went through a lot of hardship himself when he was with the Sacred Sword team.

Eventually in Chapter 57, Yu Sui confessed to Shi Luo that he likes him and the couple got together to be the pair of most powerful, top assassin-type medic and top striker in the pro scene of FOG. 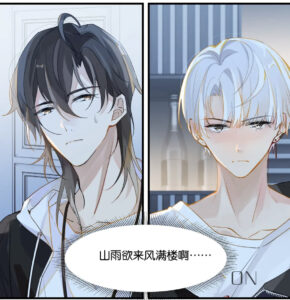 The Free team members trained hard to win the Finals in the Chinese division and then eventually joined the World Championship to compete against teams from other parts of the World.

Sacred Sword team from Germany invited all the top Chinese teams one after another for practise sessions. They played dirty and won all the games before shaming them on social media. They didn’t manage to defeat the Free team though. This caused the Chinese teams to be very angry and humiliated with Sacred Sword. Shi Luo vowed to train hard to get the to World Championships to kick the ass of Sacred Sword out of the FOG league.

Shi Luo promised Yu Sui that he would officially announce their relationship through his main Weibo account after they win the championship. It was a very satisfying happy ending.

One very memorable scene was when Yu Sui just came back from Germany and Shi Luo dared him to pick 1 out of the 10 cups of 90% alcohol “vodka”. If Yu Sui picked up a lemon tea, he would join Yu Sui’s team and work free for a season. Despite all their friends’ attempts to stop Yu Sui from taking the bet, Yu Sui apologised to Shi Luo that he had let him down two years ago and he’s willing to lay down his life to get him to join his team. So Yu Sui took up the bet and picked a cup of lemon tea. Yu Sui realised that something was off and insisted on tasking all the other 9 cups which were all lemon tea. This spoke volume that Shi Luo was willing to join his team for free. At the same time, Shi Luo was also touched that Yu Sui was willing to take up the bet using his life to get him into his team.

After they won the championship, before Shi Luo announced to the world about their relationship, Yu Sui presented Shi Luo with ten small boxes and told him he could use his main account instead of his side account to announce their relationship if he chose the box with the announcement script. And he had 10 tries. Shi Luo opened all the boxes and in them were all precious things that belonged to Yu Sui or gifts that Yu Sui bought him like a man’s ring, couple necklace, Yu Sui’s first medal of his career and etc. I find this scene so touching that Yu Sui should have made a live broadcast out of it to commemorate their announcement to the world! (˃̣̣̥ w ˂̣̣̥)