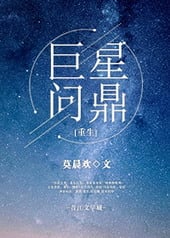 Having read a few angsty bl novels the past few months, it’s time to read some fluffy modern day romance !

The author, Mo Chen Huan had a few notable works like Rebirth Of A Supermodel , TheEarthIsOnline and at least 10 others. “Superstar Aspirations” is very similar to “Rebirth of a Supermodel” and readers can draw parallels between the 2 couples – Rong Xu / Qin Cheng in “Superstar” ; and Mingyu / Xi Ze in “Supermodel”. In both novels, the MCs died in their previous lives and transmigrated. Due to their talents and skills they have accumulated in their previous lives, their current new lives are fairly easy for them as all they needed was to work hard and success is already assured for them. Not only that, their destined powerful and influential MLs who are in the same line of profession doted and loved the MCs to the moon. The MCs are also endowed with wisdom and intelligence, making the right decisions all the time. Their characters are flawless – courteous, humble and hardworking, winning the hearts of all the directors, their peers and millions of fans.

As like “Supermodel”, “Superstar” is star-studded, easy and enjoyable to read as it is littered with humour. Then again, the plot is predictable and it gets boring when the novel detailed the achievements of the MCs one after another and the childish bantering of fans. One thing that puts me off a little is the interactions between the Hua Xia (Chinese) people and the westerners. The dialogue between the Hua Xia people and westerners expressed by the author probably won’t happen in that manner in real life. If I were the author, I’d probably rework the dialogues and interactions. Lol! 😂

Another thing I noted is that the ML is hopelessly in love with the MC – he doted him so much that he’d buy thousands of CDs and DVDs… visits him at his work site when he misses him, watched his back by protecting him and taking care of trouble makers and fan-girling the MC in Weibo (Chinese social media like twitter and facebook). Rong Xu seems to be always at the receiving end (since he’s the “Shou”

), receiving all the love and attention from his doting lover. It would be great if the author may write more about how Rong Xu reciprocates his love. The only time I felt Rong Xu displayed his love (other than in bed) was when he proposed to Qin Cheng, the ML at the end his final concert.

After reading the translated chapters by the translators, I gave up on the English translations and MTLs too and dived straight into reading the Chinese raws. I can’t blame the quality of English translations because there were a few mistakes in the Chinese characters published in the raws. Moreover, the author apparently changed a few characters to sound close to the original characters for the sake of humour. Thus if these were to be translated in English using MTLs.. I bet readers are going to get confused and disappointed by the quality of the translation.

There are a few other novels along the theme of movie and drama superstars like “Rebirth of a Movie Star” and “True Star”. I must say “True Star” is the best of the 3, because unlike “Superstar”, Tang Feng in “True Star” didn’t have things easy as he suffered a number of setbacks. Yet with his grit and determination, Tang Feng worked very hard to get to the pinnacle. “”Superstar” is more like a fairy tale to me. The MC Rong Xu is blessed with heavenly sexy good looks, a good singing voice, rich background, talent in acting, flawlessly positive character winning over all hearts, charm and luck to clinch a powerful, rich and influential ML who loves him immensely and supports him all the way. Not only that, ML’s family also adores him. In real life, unless one’s life is super charmed and lucky, otherwise, this novel is indeed a fairy tale!