Rebirth Of A Supermodel 重生超模

Rebirth Of A Supermodel

Rebirth of A Supermodel is a BL novel written by Mo Chen Huan with 230 chapters and about 7 to 9 extra chapters. The same author also wrote “The Earth is Online” which has a rating of 4.88 in Goodreads. 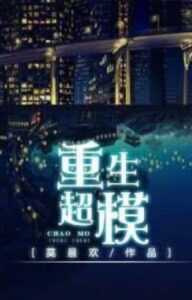 The story begins with Supermodel, Mingyu of China waking up in the body of Mingyu of Huaxia. Yup, the soul of China Mingyu transmigrated to Huaxia Mingyu’s body.

You can consider the 2 worlds as parallel worlds. In the world of China Mingyu, he worked very hard to eventually be the top supermodel. In this world he modelled in the European and western fashion scene amongst the westerners. As a Chinese, it was sheer hard work to work against discrimination to the top. Unfortunately, just as he was about to taste the fruit of his labour, he contracted a rare and merciless disease thereby slowly losing his muscles, hearing, speech and sight. He finally died … but the good news is… his soul inherited Huaxia Mingyu’s body!

In the parallel world, Huaxia is populous and the citizens are prosperous with extra cash to splurge on fashion and entertainment. Huaxia Mingyu was a gay and he had committed suicide due to his unrequited love for a fellow model, the scheming Cheng Su.

In this Huaxia world, Mingyu is blessed with a much better looks. He worked very hard as usual, thankful for a second chance in life. As fate has it, he met the tall and handsome Huaxia’s No.1 Supermodel Xi Ze who in many aspects is indisputably the world’s top supermodel. Will Mingyu be able to take him down from the No.1 spot?

Ok… ok.. that’s where the exciting part of the story begins. There are several endearing characters in this novel that I have not mentioned here. The relationship between Mingyu and Xi Ze are also very sweet and funny that I read this novel a second time! It certainly has a re-read value. I really love this BL couple! 😍😍😍

Do not forget to read the extra chapters after Chapter 230. There are scenes whereby Xi Ze had a dream of Mingyu in the China and it was so heartbreaking to see his lover lived his last few days.

This novel has a happy ending. In the Huaxia world, legislation for same sex marriage is approved and our couple got married. Good thing the couple are in Huaxia and not China as China has no provision for same sex marriage as of now. It makes me think deeply into the issues of LGBT. As a dan mei bl fan, I totally support and rejoice on their happy union!!! ❤️

There are some other bl novels by the same author, but I don’t think they are being completely translated in English yet although I know work is already in progress. They include “Rebirth Into An Interstellar Marriage” and “Superstar Aspirations”.