The Last Cat In The Universe Chapter 42

Chapter 42 “His Majesty is Missing!”

The sudden silence in the air was the scariest.

Yue An waited for a long time and still didn’t see the man nod and agree. He felt a little puzzled.

He is still in the state of purely imitating others’ speech. He had not bargained before and thus does not even know what it means to wipe everything out.

He only remembered the three sentences Ji Xiuyun said when he bought the energy stones before, and then repeated them completely.

How many advanced energy stones are there?

Want them all for 1.2 billion.

Yue An looked at the silent businessman in silence, and faintly felt that he might have made some mistake.

He didn’t know what to say.

There is nothing for him to say right now. After all, he just learned to pronounce words yesterday.

The businessman always felt that the conversation he had just heard sounded a bit familiar — the last all-important person impressed him quite deeply. After thinking about it carefully, isn’t this what the previous person said?

He was dumbfounded for a while, carefully looked at the boy in front of him, and tentatively said, “Guest, the price of high-level energy stones has changed.”

Yue An tilted his head slightly, not understanding what this had to do with what he said.

The businessman was a little confused by his reaction.

After speaking, he paused and added, “Per piece.”

Yue An heard him say this and immediately understood where he was wrong before.

The cat was silent for a while, maintaining his completely expressionless face, and used Ji Xiuyun’s original last sentence, leaving behind what he understood and simply said, “I want them all.”

The two sides of the transaction reached a perfect consensus, and the businessman’s expression instantly relaxed.

This person didn’t deny what he said before. There was a eighty or ninety percent chance that this was the same big patron as before.

Don’t talk about generosity, they swiped the card simply and neatly, not stingy about spending money.

The businessman happily took out the credit card machine from under the counter, pressed the number and said, “The deposit is 540 million.”

The black market is a bit better because there is no tax.

A large transaction is enough for the entire store’s industry chain to last a long time.

This year’s luck is really good, with two big orders in a row.

You should know that they purchase 800 high-grade energy stones at a time. According to the sales volume in previous years, this is what they sell in a year.

The businessman looked at the teenager who took out the card from his pocket with a smile on his face, and he paused slightly when he glanced at the face of the card.

The traces on the card were exactly the same as the soldier who bought all the remaining stock in the shop the last time.

It’s not that there are any special signs on the card, but the black market merchants will habitually leave a trace in various places to recognise each other.

— After all, it is normal for people entering and exiting the black market to change into a different figure, face, skin colour, and even race every time. So they must have a way to recognise people.

This businessman is used to quietly leaving a trace on the surface of the customer’s magnetic card.

The material of this ancient magnetic card is very general. By leaving a scratch with a special shape that is very simple and cannot be repaired, it is very easy to identify big customers of their large storefronts.

Sure enough, it was the same big customer who came the last time.

The businessman thought about it as he swiped his card, and this time he looked at Yue An more carefully.

This time the image of this guest is much better than last time and is especially pleasing to the eye. However, he didn’t know which actor this image is based off of because he has never seen them before.

After swiping the card, the merchant returned the card to Yue An, and then led him into the warehouse.

He pushed out a box one size larger than the one before, opened it, showing the box full of energy stones with light lavender light.

“Please count them, guest.” He said.

Yue An counted faster, especially when he was counting energy stones and tails.

In just ten seconds, he had already counted it very quickly.

Complete, eight hundred, nothing is missing.

Yue An nodded in a very happy mood, gave the balance, and skilfully covered and locked the box. As soon as he tapped a button on the top, the roller under the box was pushed out again.

The businessman looked at his proficient posture, and when the boy turned his head and walked towards the exit, he followed him as usual.

Yue An tilted his head and glanced at him.

The businessman still had a smiling expression on his face. When he saw him look over, he asked, “Have you used up the energy stones you bought last time?”

Yue An looked at him and nodded slightly.

The businessman looked at Yue An’s lazy posture that was not in the manner of a soldier like the last time and suddenly realised that this man might have deliberately disguised it when he came the last time.

Thinking of the news he had circulated, he suddenly felt that it was a little bit ridiculous, “You are not a member of the military department?”

Yue An shook his head when he heard the words.

The businessman rubbed his hands and asked, “Can I take the liberty to ask, where did you buy this disguising instrument?”

Yue An had already walked to the elevator door, and was slightly startled when he heard the businessman’s question.

“It’s very beautiful!” The businessman praised. He was very familiar with things like blowing rainbow farts and flattering the big customer. “It’s been a long time since I saw such a fine and beautiful camouflage with special functions.”

Yue An took his words of the disguise device to heart, and walked into the elevator with the box, turned around and looked at the businessman whose smile had never changed. After thinking about it, he nodded.

The merchant understood it to mean that he was very happy with the flattery.

Not surprisingly, this time, there were still people trying to ambush the exit of the black market.

News within the black market spread quickly, and Yue An didn’t do anything to hide it. Naturally, many people came here to camp out to ambush him.

Yue An floated out slightly with the box, and drifted silently and swiftly across the passage with the ambush, and then returned to the place where he had parked.

Yue An felt that his trip went extremely smoothly.

— Get in the car, go home, and wait to defeat Ji Xiuyun.

Yue An happily floated to the busy parking lot outside the mall.

There were countless people coming and going, some of them empty-handed and some were pushing boxes exactly like Yue An.

Yue An dropped to the ground, opened the door of the car and got in, releasing his invisibility spell and became a cat, getting out of the clothes pile, hooking onto the box and dragging it into the car.

But he never expected that he had just adapted to his original form’s keen reaction when he heard the sound of footsteps rushing over very quickly.

Yue An raised his ears very vigilantly and stretched out his paws to close the door.

However, just when the last bit was left, the car door was torn open. A young man with a panicked face and tears streaming down his face rushed in, turned around and closed the door with a bang.

“Drive fast! Run!” The teenager turned his head around while crying, and saw the white cat crouching on the side looking up at him. They stared at each other, froze for a second, and then he cried out, panicked and hugged the milky-white kitten in a hurry, “Help me contact Ji Xiuyun!”

Marshal Ji also felt that his eyelids were always jumping today, from the opening of the court to the end.

— Obviously, the defendant had completely given up on struggling. In today’s court session, Ji Xiuyun’s lawyer had completely announced all the charges, and the scientists standing in the dock confessed, not showing the slightest remorse.

This undoubtedly angered the jury and onlookers.

People rallied to attack them, and the angry jury was in chaos. Through the mediation of the judge, on top of the crime of violating the Interstellar Code, two crimes of intentional injury and illegal imprisonment were added.

After that, Ji Xiuyun was no longer required for the trial.

He walked out of the Supreme Court, activated his light brain and was stopped as soon as he took a step.

Marshal Ji looked at the person who stopped him. It was the emperor’s secretary.

At this time, the man looked anxious and motioned for him to move aside.

Ji Xiuyun touched his eyelids, checked his light brain, and wondered whether it was the little emperor that had an accident.

As Marshal Ji thought, he suddenly saw a set of transfer records of more than one billion in his mailbox, and the goal of the transfer was blank.

Transferred to an unknown location.

It seems that my cat has started to buy cat food by himself.

Ji Xiuyun didn’t worry about what trouble Yue An might have faced. After all, he had sufficient fighting power.

Marshal Ji paused slightly when he thought of this, always feeling that there was something wrong.

At this time, the secretary had already pulled him into the corner, lowered his voice anxiously, and said, “His Majesty is gone!”

Ji Xiuyun’s thoughts, which were flying around, instantly returned. 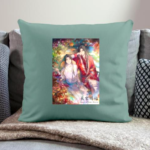 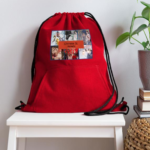 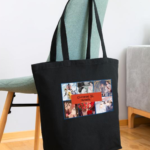 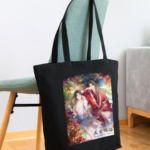 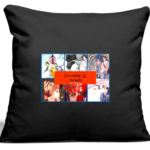 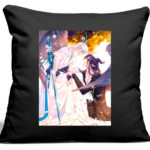 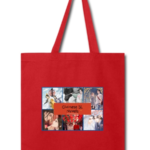 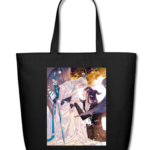 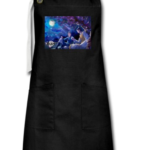 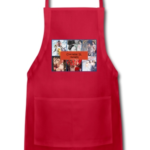 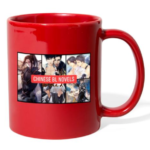 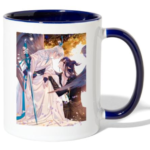 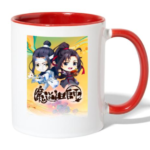 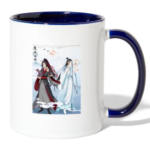 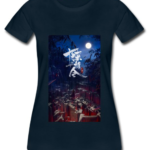 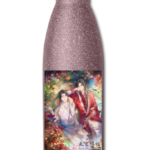 One thought on “The Last Cat In The Universe Chapter 42”