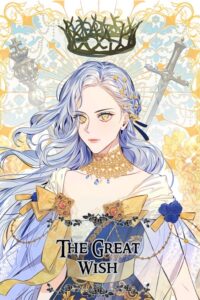 The Empire’s only princess, Sienna Argent, had everything from birth: intelligence, beauty, talent, and even the right to become the Empire’s next ruler.

As her 20th birthday is coming up, she starts having dreams of her future. She thanks the gods for this power, but then her dreams start to become increasingly strange, depicting a future that isn’t what she dreamed of.

An attack from the half-brother she held in contempt, a hidden side to the mother she believed was her ally, a man who starts to influence Sienna’s life both in the present and the future. As her surroundings change, she quickly starts changing as well.

Despite the bad start, I really like this manhwa! Let’s start with the most important point. The storyline of the manhwa was pretty interesting especially when she started to have dreams. To jump right into the most interesting part, there were many theories of her dreams and I believe that one of the theories could be that her dreams were her real life and the life depicted in the manhwa is her dream? On top of these captivating theories, there were also some things taught such as how monarchies rule and how the rulers usually only see the surface of how their country is faring. It is rather unfortunate for this to be true in our real life, that there are so few rulers who “want to get their hands dirty” and explore what is outside of their comfort zone. Rulers are always told the things they want to hear most because of the consequences which come with such news.

Enough of the boring stuff, let’s talk about the characters now. I find the main couple really cute. I’m a huge fan of this couple and it reminds me of ‘This is an obvious fraudulent marriage’ manhwa. But between them, I would prefer the “This is an obvious fraudulent marriage. From the spoilers I’ve read, there seems to be a lot of horrible things done by the FL’s mother which impacted the FL brother’s life and his wife. This also made the ML and FL’s brother to hate the FL a lot but I can’t remember much because I read the spoilers a while ago. Overall, I will kind of highly recommend this manhwa because of its good storyline and characters!

I Choose the Emperor Ending

I Don’t Love You Anymore

Emperor and the Female Knight (The King and His Knight)