From Now On, Romance 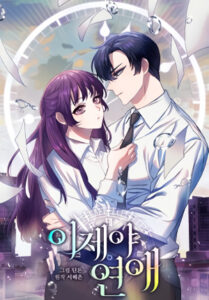 Sisters Ju-eun and Hye-jin lived a miserable life. After the death of their mother, their ‘father’, who had always been absent from their lives, suddenly appeared. Hye-jin, the older sister, agreed to his suggestion: if one of them joins the ‘Daesung Group’, he will rescue them from their poverty-stricken life. However… three years after entering ‘Daesung Group’, she dies in vain. This left Ju-eun struggling with despair at her helplessness in preventing her sister’s death. But then, she gets a new opportunity when she is brought back in time and Ju-eun decides to take her sister’s place by becoming the daughter of the ‘Daesung Group’ that killed Hye-jin.

Amazing and mind-blowing, will definitely recommend this over and over again! The plot is very new and refreshing and so are the characters. This manhwa opened my eyes to understand some things in life like people preferring those who are hungry vs those who just listen (are obedient people not good then lol). But yes it is a must read!

Don’t Say You Love Me

The Haunted Chapter 148 Demon Of Resentment

The Last Cat In The Universe Chapter 50

The Last Cat In The Universe Chapter 43