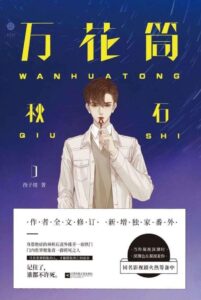 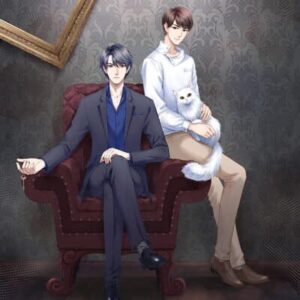 As the title of this novel suggests, this is a horror BL, not for the weak-hearted!

I usually don’t read horror. I was thinking of doing translations for some recently published Chinese BL novels and happened to pick this novel from a Chinese website that recommended recently published BL novels. But someone has already translated this novel halfway, so I started reading it, not knowing that it was horror ! 😅

Nevertheless, I was quickly hooked onto the development of the story and I am glad I read this book ! In fact I binged-read this book and read it rather slowly, savouring every detail, not wanting to miss any pages. This is really a good novel that I recommend you to read. I can only compare this horror novel with another one which I have read, #TheHaunted . “Kaleidoscope of Death” is a lot more terrifying than “The Haunted” as there was a scene I was so terrified that my heart thumped furiously… I didn’t dare to continue reading chapter 86! I ditched my MacBook on my desk and fled to calm my nerves. I guess reading horror is not as scary as watching horror movies or experiencing it in real life. I swear I’d freak out watching Chucky doll with a dagger. The last horror movies I watched were “Carrie” which I watched on Betamax tape and “Pet Sematary” in a cinema when they were first released, so you know how long ago it was when I got myself spooked ? I was very young and ignorant at that time, not knowing these were horror movies.

This novel is about the MC, Lin Qiushi who suddenly found that he was transported to another world after opening an iron door. Inside this door, he experienced a world of mystery, supernatural, horror and gore. With him through the door was the ML, Ruan Nanzhu who cross-dressed as a gorgeous woman. There were 12 iron doors and behind each of these doors was a terrifying world. Those who entered the door needed to find the key to exit the world, but if one failed and died inside this world, it would be as good as being dead in the real world. The MC and ML went through more than 12 doors and the ending was a happy and unexpected one. 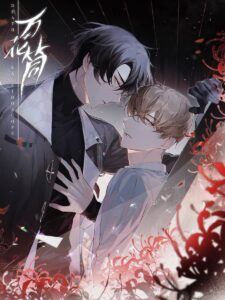 Some reviews I’ve read mentioned that this novel has the right mix of romance, comedy and horror, but I beg to differ. This novel, in my opinion is a thriller – suspense and horror littered with a little comedy and BL romance here and there. But this didn’t stop me from enjoying reading about the world inside the doors and the chemistry of this couple.

I rated this novel 4/5 as I think the unexpected twist in the ending was unnecessary. As a result, the strong and cold character of the ML who exuded a powerful aura was altered. Secondly, I felt the romance a bit bland to my liking. My neck had craned so long hoping to see the couple get together quickly and when they finally did… that’s chapter 105 out of 139 chapters! 😓 Moreover… when they finally got together, it was as good as they had gotten together ever since long time ago… nothing too exciting. These are my only grouse about this novel.

The English translation is in progress but the translation by Chrome browser was acceptable.

Lin Qiushi was a designer and one day when he was walking along the hallway of his home, he suddenly saw 12 iron doors. He opened one of the door and was dragged into a strange world – a rural snowy mountain village. There, he met the ML, Ruan Nanzhu who cross-dressed as a gorgeous woman. RNZ was in his toilet when the iron doors appeared. Later on, they met a few more people, who like them, came in through the iron doors. The group was initially guided by this world’s NPC ( non-player character) who gave them the first clues, rules and tasks they needed to complete. But everyone needed to locate the key and the iron door in order to exit this world. If one died inside this world, then it was equivalent as dead in the real world. The BOSS of this world was the nefarious deity in the well.

Lin Qiushi later found out that those who encountered and entered these doors were on the verge of death. As for himself, he later found out that he had liver cancer. His comrades who were killed inside the door, died in terrible accidents or committed suicides once they exited the world of the door. After Lin Qiushi brushed through more doors, he felt that his body and illness condition improved for the better. It was rumoured that if one may successfully complete these 12 doors, he/she will get a new lease of life free from illnesses and unexpected deaths. Thus, these doors, in a way is a gamble for a second chance in life and prolong one’s life indefinitely. The price to pay was to go through the tribulations of the doors.

Ruan Nanzhu (ML) was the boss of Obsidian, an organisation which charged a fee to accompany those who was entering the door. He had a few friends who entered the doors staying with him in the villa. They were all staying together to give mental support and after-door care to one another should anyone got injured after exiting the doors. Lin Qiushi moved into the villa and made many friends. RNZ brought LQS with him into the doors to train him as the doors becomes more difficult than the previous ones. The couple was a perfect match made for the doors.

All these while, RNZ was secretly in love with LQS. He dropped many subtle hints to LQS when they were together, but LQS’s EQ was like zero and didn’t catch onto those hints for at least 100 chapters. After they became a couple, they played lovey-dovey to the envy of the other single dogs. The author is not into angst or mature contents, so we can forget about reading too much into their trusting and romantic relationship.

The saddest part of this novel was the death of one of the twins who lived in the villa with LQS.

The most difficult door encountered was the Eleventh door whereby the clue was “no solution”. Inside this door, both RNZ and LQS were separated and had difficulty locating each other. During the day time, the illusionary world was calm, but once it was sundown, the ghosts / bosses of their previous doors came out to haunt them. They had to run for their lives all night until dawn, yet the clue to the location of the key was nowhere to be found. Nevertheless, the couple also met their friends who died inside the doors who appeared to help them out.

Finally, LQS managed to reunite with RNZ during the night, and RNZ would disappear to his world during the day. But the nights started shortening as sunrise came earlier which meant that the time spent together got lesser and lesser until the day LQS could no longer find RNZ. His lover disappeared in his illusionary world. There was however, another Ruan Nanzhu who was a teacher.

LQS eventually found 2 keys from an old clock. One of the key was for him to return to his original world where he would die naturally one day. The other key was for him to continue staying inside this current illusionary world where he could continue to meet up with many of his friends who had died inside the doors but the “Ruan Nanzhu” in this world didn’t know him. Out of the door in reality, LQS didn’t have many friends left. He was hardly close to any of his family members. He wondered if he chose to return to reality, would he get to meet with his lover again, or what would Ruan Nanzhu had chosen ? This illusionary world was very tempting indeed, no wonder nobody exited the eleventh door before. And the existence of the seniors who entered the eleventh door was erased and forgotten as if they never existed before. “In a world without his lover, is a fake world.” The last door was the 12th door, and LQS used his key to open it and exited into the real world.

Once outside the door, LQS discovered that his lover, Ruan Nanzhu hadn’t returned and was someone who never existed before. There were no traces nor records of him anywhere before. Nobody knew who he was. LQS was the boss of Obsidian and according to his associate, LQS just exited the 12th door! LQS went crazy as he didn’t know if he himself fabricated the existence of RNZ or RNZ’s existence was erased by the door or if RNZ was his twelfth door.

RNZ was still inside the illusionary world after LQS returned to the real world. There he met his old friends and the ghosts but they weren’t malicious towards him. One of them led him to watch a TV about how LQS entered his first door, set up Obsidian and went through many doors without RNZ until the twelfth door. For the twelfth door, he saw a hazy figure appearing beside the sleeping LQS, slowly taking the same form of LQS… then later changed into the form of RNZ. RNZ finally realised that he in fact was the 12th door, the NPC of the 12th door who had fallen in love with LQS!

Nevertheless, he found the keys in the old clock and returned to reality to search for his lover. When they reunited, it was a year later.

The explanation may be found in the last chapter, chapter 139 and the 1st extra chapter. In my opinion, I felt the author didn’t have to give RNZ a nonhuman status since it’s like already at the end of the book. It’s like the author was in a rush to fill the story of the 12th door, so made up story that RNZ as the NPC of the twelfth door and all this entire while, what we readers had been reading was LQS’s 12th door experience. It was a shocking revelation which some readers like it and some readers don’t react very well to it. If RNZ had a nonhuman status, I’d rather the realisation came earlier for more emotional and acceptance play. Either that or it would be good enough for the characters to safely exit the door and have a happy ending. RNZ being an NPC of the twelfth door didn’t make any sense either, because hadn’t this NPC outdone his role ?

The subsequent extra chapters continued describing after RNZ’s return, the 12th door was permanently sealed. As a result, the strong, cold and powerful aura of RNZ outside the door before changed to become more dramatic and less intimidating… which is pffft…😒🙄

Here’s a list of worlds inside the iron doors I’ve noted: 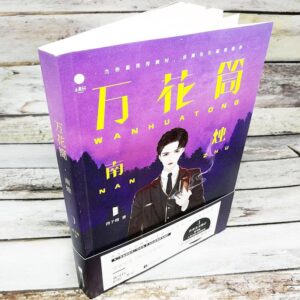