I feel so recharged and invigorated after reading this bl novel about a group of young and promising youths who had to deal with real life’s challenges. Reading this book is like stepping out into a different world of dreamscapes. 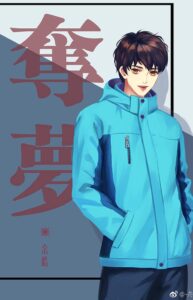 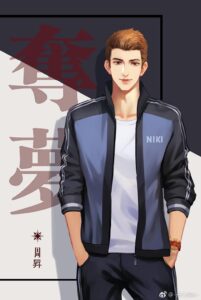 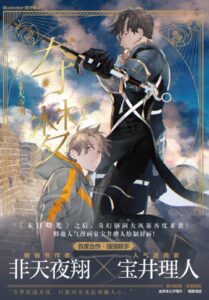 Yu Hao (MC) had to deal with extreme poverty after his only kin, his grandmother, passed away. To make ends meet and to pay for his school fees, Yu Hao gave tuition to earn some pocket money. But he was accused of stealing his student’s father’s expensive watch. He was innocent but with no family and friends to help him out, he couldn’t prove his innocence except await for the college’s decision to expel him or for the police to take up the matter and put him in jail.

With nothing to live for, Yu Hao decided to commit suicide in a hut some distance away from his school. He took a few pills and burnt coal. His only regret this lifetime was not being in a love relationship before. But who would be interested in him who is poor and a gay? As he drifted into his sleep, he found himself standing on the Great Wall of China. Just as he was about to fall into the abyss of the wall, he was saved by General, a figure clad in armour.

Subsequently, they were chased by monsters and gigantic wolves. A friendship started forming when both of them tried to escape the monsters and General protected Yu Hao from the attacks.  He introduced Yu Hao to his dreamscapes and talked to him about ending his life then. Before they parted, General told Yu Hao to remember him if he felt like giving up all hope. 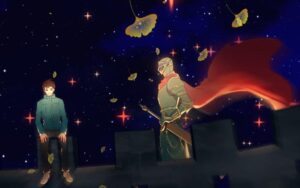 Wow… sometimes when we are in our most down and dark times, we just need a true friend who listens and keep us company and see us through these difficult times.

Yu Hao woke up and found that he was on a hospital bed. He was brought in by Fu Liqun, the captain of the Basketball team. His dorm mate, Zhou Sheng (ML), a red-haired basketballer asked him to go find Yu Hao as he saw Yu Hao’s suspicious behaviour earlier on and asked Fu Liqun to go find him.

Yu Hao talked about his predicament to his form teacher, Chen Yekai, Fu Liqun and Zhou Sheng, who were all very supportive to help him prove his innocence. 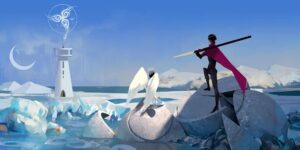 In Yu Hao’s dreamscapes, he met General again who helped him seize his totem and find his true self. The monsters in the dreamscapes represented Yu Hao’s fears. Yu Hao needed to triumph over these monsters, the boss (usually the person who affects his consciousness the most in a negative way) and his dark self before he can reclaim his totem. The totem is the most important thing in one’s heart. It signifies Yu Hao’s hopes and dreams and is the cornerstone of his dreamscapes and the source of his strength. Once Yu Hao seized his totem, the sun will rise ending his dreamscape. Yu Hao will live his new life in a more positive and optimistic way. But in his dreamscape, he needed to be careful not to fall into the abyss which is his subconscious or he will never be able to wake up again. 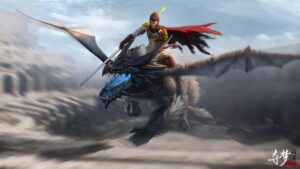 Yu Hao secretly fell in love with General who told him not to. Yet Yu Hao offered his  precious totem in the form of a shield to General so that the shield could protect General in his future missions. General was very touched, the fact that he himself haven’t even gotten his own totem yet! 😂

Later on, General and Yu Hao helped a few other friends deal with their life’s challenges and crises by entering their dreamscapes. They both helped their friends seize their totems in their dreamscapes so that they could find their true selves, solve their problems and live better lives after waking up. 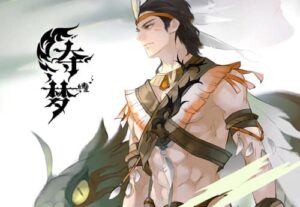 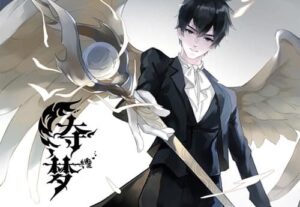 Yu Hao suspected and found out that General was Zhou Sheng. Both were already very close friends in real life at that time, but as Yu Hao thinks that Zhou Sheng is straight, he tried to hold back and control his true feelings for Zhou Sheng. Yu Hao felt that someone so dazzling like Zhou Sheng, who is the son of a rich businessman, deserved a better girl and have his own family in the future. Moreover, he didn’t want to risk losing their friendship. 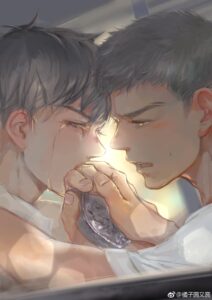 Zhou Sheng was initially a straight guy who wouldn’t even entertain the thought of being wooed by a guy. But after seeing Yu Hao singing on stage for the first time, his heart was shaken. He gradually fell in love with Yu Hao and finally decided to make his move after knowing that another guy called Ou Qihang was pursuing Yu Hao and their teacher, Chen Yekai who also had an interest in Yu Hao.

My favourite chapter was chapter 81 when Zhou Sheng confessed to Yu Hao that he loved him. I cried, really because it was so touching. Gosh… someone whom I loved so much secretly and I thought I’ve already lost him to someone else told me that he loved me all these while… who wouldn’t cry? The scene was so beautiful on top of the ferries wheel and Yu Hao’s reactions were so realistic. Gosh… Zhou Sheng… I ❤️You!!!!!!

The story continued to weave about their days as a new couple and the challenges and separation they had, and how they withstand all odds to stay true to each other.

There were also villains who tried to seize Zhou Sheng’s dream bracelet, the golden crow wheel which was responsible for making these dreamscapes surreal. These villains had ambitious plans to seize the golden crow wheel in order to control the world through dreamscapes. Eventually, evil will not triumph over good. Yu Hao, Zhou Sheng and their friends worked together in the dreamscapes and in reality to teach these villains a lesson. 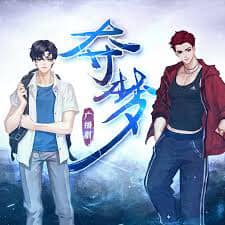 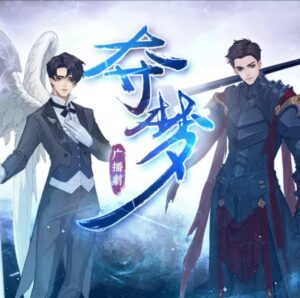 What I liked about in this novel is the author’s realistic portrayal of all the characters. The characters aren’t perfect and very down to earth and I liked the humour and interactions between these characters. 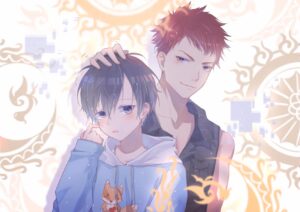 My favourite character in this novel is Zhou Sheng. He always stayed true to himself and his heart. He had internal struggles initially before bending for his lover and yet he was not afraid to let his parents and the world know about him being gay and in a relationship with Yu Hao. He trained and participated in a bike race competition just to win an opportunity to bring Yu Hao to Australia for a holiday. And he gave all his money and earnings to Yu Hao to manage. His loyalty to his friend like Fu Liqun was also very remarkable. Finally, he got his priorities right… his wife means everything to him and no amount of wealth and status could shake his undying love for Yu Hao. OMG!!!! I ❤️Zhou Sheng!

I’m also glad that the author didn’t portray the MC Yu Hao as a gentle goodie-two-shoes. He gets angry and hot-headed too and would even show his temper to Zhou Sheng. He’s very humble, hardworking and thrifty but not too stubborn to the extent to insist on living a frugal lifestyle. He had considerations for his lover that Zhou Sheng grew up in a well-to-do family albeit a broken one and he reminded himself not to make Zhou Sheng live too frugally.

Yu Hao to Zhou Sheng : Of course! I’ve been washing all your underwear, what’s the big deal I dig into your wallet for a little bit of cash?  🤣😂 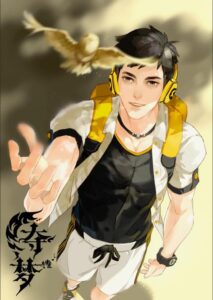 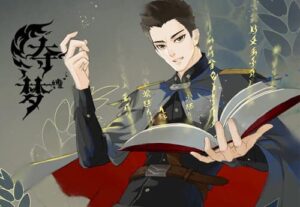 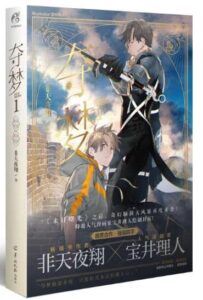