This is the other bl story of In Love With An Idiot except that the MC is Bai Xin Yu (BXY) and the ML is Yu Feng Cheng. I will strongly recommend you to read “In Love With An Idiot” first to get some background. But if you don’t, it doesn’t matter either.

“My Little Poplar” is about the army life of Bai Xin Yu. It traces the character development of a good-for-nothing rich pampered 20+ year old young man who was forced into the army and through a lot of hard work and determination, became an elite special forces soldier. During his time in the army, he found his true love, Yu Feng Cheng.

The title of the novel is called “My Little Poplar” because the camp where Bai Xin Yu stayed at was near a poplar forest on Kun Lun mountain in Xinjiang. It’s a barren place so poplar trees were planted as these trees were known for their strong will to survive in such harsh environment. Thus the title is reflective of Bai Xin Yu’s persistent determination and strong willpower to overcome all odds to become one of the special forces soldiers in the camp. Interestingly, poplar tree is known as “白杨树” (bái yáng shù) in Chinese and BXY’s surname is also “白”（Bai). 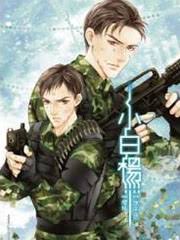 If you have read “In Love With An Idiot”, BXY, the good-for-nothing playboy and gambler rich kid got himself into a huge debt after losing money gambling. He approached his rich cousin, Jian Sui Ying, whom he had always respected and treated like his real brother for help. Unfortunately, JSY did not want to help him and so BXY was coaxed into scamming his rich cousin by JSY’s half brother to get the money. JSY was so mad that he persuaded BXY’s parents to send BXY to army to reform his good-for-nothing character. Additionally, JSY had asked his High School friend, Huo Qiao to keep a look out for his cousin, and Huo Qiao asked his nephew, Yu Feng Cheng to look out for BXY. Yu Feng Cheng was also a new recruit like BXY.

BXY was very upset and angry that he was to be enrolled into the army, but what could he do when his parents cut off financial support for him? He was ridiculed and bullied from the very first day in the army and of all people in the camp who bullied him the most was Yu Feng Cheng! Hahahah!!!! This is so drama. 🤣 and of all things, YFC is GAY! He threatened BXY that one day he would fuck him and it scared the shit out of him.

Luckily, BXY had a few good friends who helped him out a great deal to get used to the harsh army life. During the back-breaking training, BXY would cry and try all ways to cut corners. His physical training grades were the worst among all the new recruits whilst YFC was always at the top of the list. 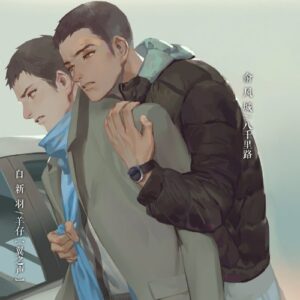 The raping part was quite horrifying to read… I find… and felt sorry and scared that he was raped against his will despite his strong resistance. But then again, BXY never learnt his lessons and due to his weak willpower and stupidity, he always got himself drunk and it was just a matter of time he got himself raped by YFC.  He was just playing with fire and he deserved it. If I were BXY, I would have steered clear of YFC and beer and reported his threats to the leaders. But step by step… he walked into the clutches of YFC who told him from the beginning that he would fuck him one day. And that day came.

[One thing about the China Chinese people, I realised they like to drink a lot. And whenever they drink they are always very loud and rowdy. I was quite shocked at first when I went China, but in a way, its a culture thing and as they as they had a good time catching up with friends.☺️]

Both became fuck buddies but later on, they fell in love with each other. YFC initially just wanted to “play” with BXY. He wasn’t into any serious relationship with BXY. He didn’t realise that one day, he would fall hopelessly in love with BXY.

YFC’s aspiration since young, was to become an elite special forces soldier like his uncle, Huo Qiao. He dreamed to fight along with his beloved uncle. He idolised his uncle and fiercely protected his uncle’s reputation and image.

BXY did not have any aspirations, but he liked YFC and wanted to prove to YFC that he alone could also succeed in becoming the No.1 Sharp Shooter and become an elite special forces soldier like YFC. If he joined the special forces, then he could see YFC everyday too. 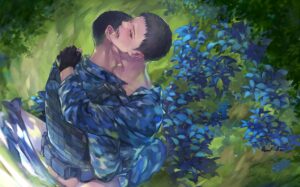 Both BXY and YFC went through thick and thin for the aptitude test to qualify for the special forces. YFC took care to keep BXY safe, encouraged BXY to persevere and move on when he was about to give up. But at the last test item when everyone was too tired and too injured to walk or move anymore, YFC told BXY that he couldn’t help him anymore. To each his own.. YFC didn’t want to give up his dream, neither had he anymore energy to pull BXY along. He left for the final test item, deserting BXY. BXY looked at YFC’s back as he walked ahead to complete the last test. BXY felt betrayed and was heart broken. “I have not given up yet!!!!” BXY cried and shouted at the lonely figure leaving for the last quest. YFC did not even look back.

Eventually, BXY passed the test too because his team leader pulled him up and encouraged him to move on together.

The two continued being fuck buddies in the special forces camp. But this time round, a tall and handsome soldier, Yan Shao Zhen appeared and fell in love with BXY, mistaking that BXY was also gay! Well, actually he didn’t mistake him for gay but… he’s taken. HAHAHAHAH! 😂 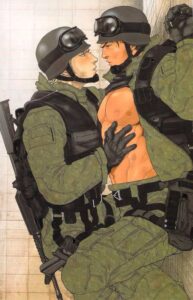 Jealous of BXY and YFC’s relationship, Yan Shao Zhen started sowing seeds of discord between BXY and YFC, hinting that the person inside YFC’s heart was in fact his uncle, Huo Qiao. BXY tried not to believe but he found that it might as well be the truth for he started keeping an eye on YFC and found that YFC would eye his uncle from time to time.

Feeling jealous, BXY and YFC had a big quarrel which ended up in a big fight. Their relationship from then on soured. Before they could repair their relationship, the team was called to a dangerous mission at Kun Lun mountain. This is what I like about Shui Qian Cheng’s novel – two male leads fighting each other and get really angsty

Under harsh biting cold snowy conditions, Huo Qiao had a fever and suffered pneumonia whilst the team lost 2 soldiers. Seeing that time was running out for Huo Qiao who needed immediate medical attention, YFC asked BXY to cover for him while he take down the enemies. BXY was also in a very poor physical condition and low in ammunition. He agreed to cover for YFC but ended up saving him instead by taking a bullet for him.

Seeing that BXY got shot on the shoulder, YFC went crazy and cried hysterically. On one hand, his beloved uncle needed immediate medical attention. On the other hand, his lover got shot trying to save him. Who should he carry down the mountain to seek medical help ??? Forced into a dilemma, he eventually chose his uncle. BXY was in a dazed… he didn’t want YFC to leave him… he wanted to see YFC’s face one last time if he was going to die… don’t go… don’t leave me behind again….. But YFC peeled away BXY’s fingers one by one and ran to his uncle and carried him away without looking back at BXY. Second time!!!

After this incident, BXY left the army and ditched YFC, never wanting to see YFC again. “It’s me or your little uncle… but I’m not willing to be in second place, so you and your uncle can just go fuck off” and “Who do you love? Do you love your uncle? Do You? Do you?” YFC : “I don’t know!!!” Faintz … What???!!! Anyway.. So drama, right?

Ok that’s it.. their relationship was over… at least for BXY.

YFC was distraught and heart broken. Memories of BXY was everywhere. He finally knew that all these while, he had only loved BXY and only BXY.

In the second half of the story, spurred by Yan Shao Zhen’s declaration to woo BXY in Beijing, YFC gave up staying with the special forces and enrolled into Beijing Army school just to continue woo-ing back BXY. It was a sad yet touching and heart breaking process but eventually the lovebirds got the blessings of their family to be together. 💕

This is quite a good bl novel, in my opinion. I’ll definitely recommend you to read it. 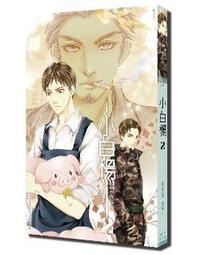 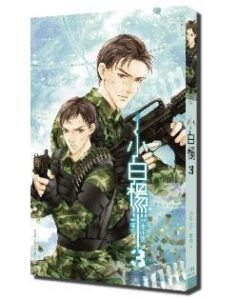 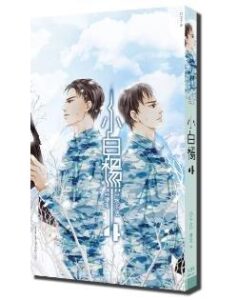