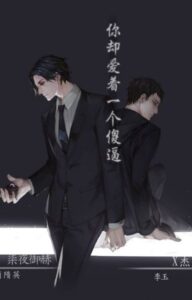 If you have enjoyed reading Beloved Enemy, Years Of Intoxication and Professional Stuntman, you will definitely love this novel too. This novel is written by the same author, 水千丞 (Shui Qian Cheng). I really enjoy her bl novels as firstly, I like her Chinese writing style as it is really easy to read and understand. Secondly, her novel characters’ conversations are somewhat crude, yet realistic with male lingo. Finally, she really stirred shit round and round out of her main characters. 😂 If you like dramas, angst, pent up frustrations and mature contents, you’ll love all her bl novels.

Our main character is Jian Sui Ying (JSY). He’s 27 years old, son of a rich heiress and a rich man. However, his father had an affair with another woman and they had a son, called Jian Sui Lin(JSL) who is JSY’s half brother. JSY’s mother passed away sometime after the the younger half brother was born. 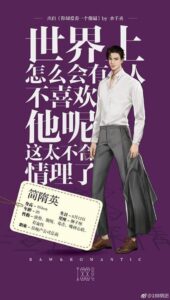 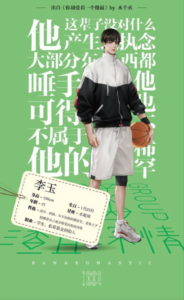 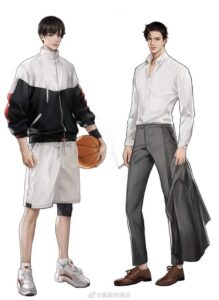 As a result, JSY lost his mother at a young age and his dad re-married another woman. As he came from a wealthy background, he was business savvy enough to start a real estate business on his own and become a wealthy businessman with some status in society. He is very handsome, vain (“Gays ought to be vain, if you’re not vain then you’re not gay enough”…😂), arrogant and authoritative. But that is because he was born with a silver spoon. It’s somewhat natural to him that he got what he wanted, and commanded others around him. However, though he’s arrogant and had a very bad temper, he is actually very caring and protective of his family members and close relatives. His mouth might be foul to some people but he never did anything evil to others.

JSY enjoyed drinking and frequented gay bars since it was a necessity in his work to build network of friends and business contacts. As a gay, he was a top. But for Chinese bl novels, we know that the main character (or MC) usually bottoms for the male lead (or ML). 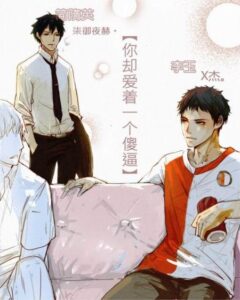 One day, JSY’s half brother, 18 year old JSL brought our ML, Li Yu (LY) home after a basketball game. JSY was captivated by the very handsome boy and had fantasies of throwing him into his bed. He couldn’t wait to lay his hands on LY.

LY was JSL’s classmate. They had in fact known each other since they were 5 or 6 years old. LY was the second grandson of an influential and wealthy family. But later on, LY went overseas and only returned 10 years later to get enrolled in the same school as JSL. These 10 years, LY never forgotten JSL. Since young, he was secretly in love with JSL and was also angry towards JSL’s older half brother whom he heard had always bullied JSL. He vowed to help JSL plot against JSY to take revenge for him. This hatred started since this tender age.

But as you know, although JSY bullied his younger half brother, the bullying was just childish and understandable. After all, how would JSY feel when his father had an affair and now his step mother and step brother lived in his late mother’s house?

Although JSL and LY made an agreement to take revenge against JSY, the dark truth was that JSL was secretly in love with his handsome and charming older half brother since young! 😨

Now that these 3 boys are all grown up with JSY being 8 years older than the 2 younger boys, this triangle love relationship was inevitable.

During the school holidays, JSY’s dad asked him to take JSL under his wings to work in his company and learn the ropes to do business. LY, knowing that JSL was going to work in JSY’s company, also asked to work for JSY. 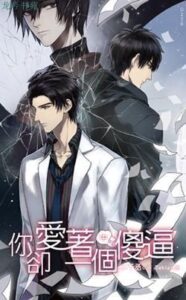 The lecherous JSY, who was a gay playboy had intentions to seduce LY. He fantasied topping LY and made subtle seductive advances towards LY, thinking that LY was straight. But he never knew that LY was in fact in love with his younger half brother. LY was very angry with JSY’s seductive advances and they fought. LY warned JSY not to even think of touching him. LY also hated it when JSY kept ordering JSL around. But JSY, being a playboy enjoyed getting onto LY’s nerves and was over confident that he could bend LY and eventually make him fall into his clutches. One night while at the beach with LY and JSL, JSY gave LY a peck which stunned JSL. JSL ran away and LY was worried and ran after JSL to explain. That night, angry and drunk, LY went to JSY’s hotel room to pick a fight and ended up raping him instead. JSY had never bottomed for anyone, so that night after the fight and rape, he was injured very badly.

JSY definitely wanted revenge. He wanted to complain it to LY’s influential brother but in the end… he did not, having a soft spot for the younger man. He was guilty that all these while he had intentions to seduce LY but he ended up being raped by him instead. 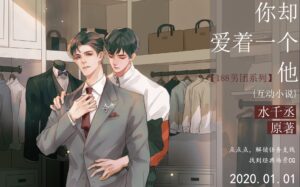 Despite LY not liking him, JSY continued looking LY up, hoping to take his revenge. He even drugged LY but couldn’t bring himself to commit the act of raping him. He wanted to top LY until he couldn’t get off the bed. But for the next few times, passion flared between these 2 and he ended up bottoming for LY again. 😂 It was just so humiliating for JSY. Sex was so good, they became fuck buddies.

All these while in a sexual relationship with JSY, LY and JSL plotted to swindle JSY of a large sum of money from JSY’s company. The mastermind was JSL. LY was also worried that his relationship with JSY be known to his family so he broke up with JSY. JSY was hurt but he still had hopes to win back LY. 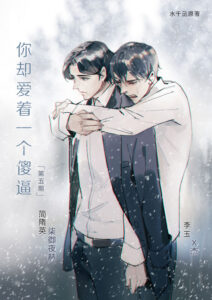 The turning point was when LY was injured badly and trapped in a construction site in a hurricane in Sanya. The weather was so bad that no rescue workers could be dispatched to rescue LY from the worksite. JSY packed emergency supplies, drove and rushed to the worksite in the heavy downpour and managed to locate LY. He applied first aid for LY, not even noticing that he himself was also hurt and bleeding. LY was really touched by JSY. This is the moment when he really fell in love with JSY.

As his love developed for JSY, he started to see the goodness of JSY. JSL had become so scheming and cunning that LY didn’t  seem to recognise the “innocent” image of JSL whom he used to love for more than 10 years. He wanted to stop scamming JSY but JSL threatened him reminding him they had an agreement before and cannot stop their plans. LY was no longer co-operative and their friendship turned sour and deteriorate. JSL was also jealous and aware that his beloved brother loved LY.

JSY found out of LY’s love for JSL. He was furious, hurt and started visiting gay bars. LY was jealous to madness seeing JSY in the midst of gay prostitutes that he raped JSY the second time at the gay club. This time round, it was LY’s turn to woo JSY. He managed to win him back and they both had a period of lovey dovey days. JSY even gave his house key to LY and prepared a pair of wedding bands. Speaking of calm before a big storm. 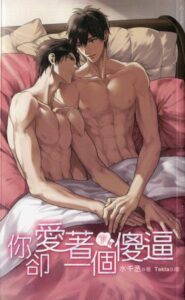 Eventually, JSY discovered that he was scammed and swindled by LY and JSL. The company went into severe debt and financial difficulties. JSY had no choice but to give up 50% shares to JSL. JSY was emotionally hurt and betrayed by LY that he broke up with him. Before he evacuated from his company, he tossed his wedding bands to the cleaner, Auntie Chen and told her to pawn it and keep the money for herself. Auntie Chen found out that it was a pair of very expensive wedding bands and told LY about it. LY was stunned seeing the love note JSY had written for him in the ring box and had even engraved their initials on the rings. He slumped onto the floor and cried. What had he done???!!! I cried too. This is the most touching moment in the novel. 💔

LY desperately tried to win JSY back again but JSY was drunk constantly,  mending his broken heart. He found comfort in another young boy the same age as LY.

But one night before the Lunar New Year, during a family gathering, JSY got drunk and intentionally humiliated his stepmother. On his way to the carpark, he was knocked unconscious by JSL who wanted to take revenge for his mother. But he loved JSY too and had sexual fantasies and craved for his half brother. This perverted asshole drove JSY to one of his properties 9 hours drive away and raped JSY. 😓 Shocking… this episode but makes this novel unforgettable. 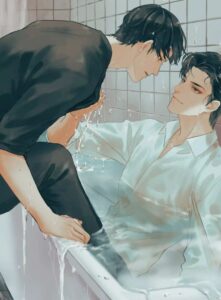 Adding to the heartbreak, LY managed to save JSY. He was heartbroken and remorseful seeing the injured body of his beloved after the rape. He remembered he raped JSY before too. He’s willing to do anything for JSY to make it up to him. Now he only had immense hatred for his childhood friend whom he had loved for more than 10 years.

Mending his broken heart and trying to forget the past, JSY started a new company with a friend. But the company went into financial issues and almost went bankrupt. LY smuggled in order to inject huge funds to sustain JSY’s company. JSY found out about what LY had done for him and managed to pull him out before he got into more trouble. He was touched and had no choice but to re-accept LY again.

This novel only had a rating of about 3.3/5 and some reviews weren’t very favourable with regards to the plots and characters. Some had issues with the quality of the English translations, so I decided to read the Chinese version instead as I like the author’s writing style. Personally, I’ll rate this novel a 4/5. It’s a bl novel I will pick and read it again and again.

Check out My Little Polar too, another awesome BL novel which is a shared universe with this novel.

Nastriumden Blogspot (need to block redirects on your browser settings)