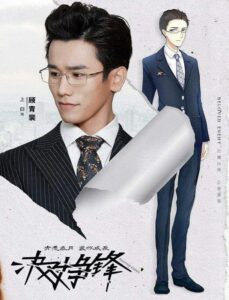 The story is about the Chairman Yuan of Yuan Corporations hired talented President Gu Qing Pei to manage his company as well as coach his delinquent good-for-nothing 20 year old son, Yuan Yang in the various aspects like business acumen, punctuality and respect. President Gu is 31 years old and a divorcee. Under the tutelage of Gu, the junior brat, Yuan felt oppressed and decided to take revenge on Gu. Eventually, one night, he drugged Gu and raped him. The horrific act was captured in a video camera in the hotel room. As expected with dramas, the video was leaked and their relationship got discovered by Chairman Yuan and not forgetting the element of blackmail over the sex video and the devastation caused to the reputation of the involved parties when it was leaked.

As for the novel… 🙄🙄🙄😳😳😳 There are altogether 120 chapters. I think it’s too X-rated (but I’m not complaining! 😄) and the plot ridiculous at times. The President Gu in the novel is not as morally upright as that portrayed in the drama, that’s probably because China censors homosexuality contents in media and the drama must at least portray some positive character traits. 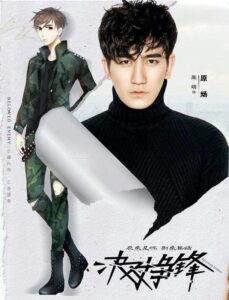 The plots in the novel were ridiculous at times. At some point in time, I was wondering why I was still reading this junkie… but that’s my opinion, please don’t flame me. 😜 For example, how is it that the mighty, talented and respected President Gu get raped by the delinquent rich youth (son of Chairman Yuan), Yuan Yang in at least 2 different instances ???? I would have seriously given up confidence on the security in China long ago. 😂 But then again, the rape victim was male and had a status in the company and industry, so he probably didn’t want to expose this matter which might affect his reputation.

There are lots of smuts in the novel and it came to the point I had the impression that Yuan Yang was the ultimate psychopathic pumping machine to the point that Gu got tortured and fainted almost every time. The doctor had to be called in twice!!!!! 😂 🎧”I’m crazy for you…!!!” 🎤 Anyway…. good for you, Gu! Envy your bountiful fortune to have such a lusty psychopath, handsome and sex-crazy F buddy. I kind of suspect that being rich and gay is the best thing in the world. This novel has a happy ending though, as both sides parents approved of their relationship eventually. The novel kept me occupied all weekend.

This novel as a shared universe as Years of Intoxication and Professional Stuntman.