If you have enjoyed War Prisoner, Ugly Empress and Sha Po Lang, you will love this breathtaking bl novel too! The story plot is rich, the love is intoxicating and the English translation has been completed. This novel is a gem that you must read!

Before reading Cold Sands, I read several reviews which rated this novel 5 stars and somewhere, this novel was classified as a “tragedy” … “sad but beautiful ending”. I was apprehensive that this novel was going to make me cry loads and tear my heart into bits and pieces that it became very heavy at some point reading it.

I love happy endings and will usually avoid novels with sad endings. But after reading it, the ending was a bitter sweet yet beautiful ending (just don’t read the extras chapters at the end). The MC and ML didn’t end up together… BUT! BUT!!!… in my heart, I secretly rewrote the ending that they could still meet up secretly if they wanted to, there’s absolutely no way anyone could stop them! We don’t have to always agree to the ending the author wrote! 😂 I’ll tell you the story here and you can decide if I make sense that we should just rewrite the ending instead.

This novel was written in the first person’s (Han Xin) point of view. I wasn’t very comfortable with the writing style in the beginning but got used to it later on. 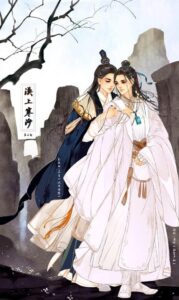 In ancient China, in the lands of Great Rui, Han Xin was the nephew of a duke and the great grand nephew of the Empress Dowager. He was an orphan and had no recollections who his parents were nor his childhood before 8 years old. He lived with his maternal uncle. Although these 2 relatives were closest to him by blood and, they never gave him that sort of parental love that he craved for as they were always so busy with their own lives.

Han Xin was a good-for-nothing young adult who would run off with his friends to visit brothels and bars. He had no aspirations. His uncle enrolled him into the army where he was just a low-ranking deputy general. Due to some political struggles. His troop of 3000 soldiers were sent on a suicide mission to battle the enemies and everyone was killed. He was taken a prisoner by the Yans since he was the highest ranking officer the enemies found.

The Yan soldiers tortured Han Xin to force information out from him but he really had none. His general did not give him much information.

The leader of the Yan army was the eldest prince, Murong Yu. He was impressed by Han Xin’s stubborn will to live, and gradually fell in love with his handsome prisoner through their daily interactions. Love blossomed between the 2 young and handsome men. Murong Yu loved Han Xin deeply and wanted Han Xin to stay with him forever. But Han Xin wanted Murong Yu to set him free since they couldn’t be together as he was an enemy soldier of Great Rui and Murong Yu was royalty with an aspiration to take the throne of Yan. They had no future together. After much struggles, Murong Yu reluctantly let Han Xin go free. He was heart broken when Han Xin left but he vowed he’ll find him back again.

After Han Xin left Murong Yu, he was found by his uncle’s special soldiers and was brought back to his uncle. 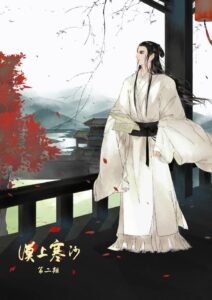 Through a turn of events, the Emperor of Rui passed on and Han Xin was forced at knife point by the Empress Dowager to become the next emperor.

Han Xin ascended the throne knowing that the power was still held by the Empress Dowager and that he was just the puppet Emperor. Armed with his determination to get back the full power of the Emperor and save his people and not be his aunt’s puppet, Han Xin shrewdly gathered his alliance and overthrew the Empress Dowager.

Faced with the daunting mission to protect his people and resist the Yan’s attacks as the new Emperor, Han Xin worked tirelessly and ruthlessly to cleanse his administration of corrupt officials and inner palace. He promoted the capable officers, sacked and punished the corrupt ones. Forced by pressing circumstances of the war, Han Xin gradually transformed into a cold-hearted and iron-fisted Emperor.

One notable character is Marshal Heng ZiYu who pledged his loyalty to Han Xin. He was attracted to Han Xin and took care of him when he was down and injured, but unfortunately, his love was not reciprocated since Han Xin only loved Murong Yu.

The battle scenes were intense and Rui was forced to retreat from their final line of defense. Han Xin and Heng ZiYu worked tirelessly against time to strengthen the protection of the walls of the capital city and formulate strategies to mitigate the attacks. 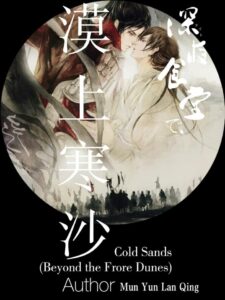 Murong Yu and Han Xin finally met each other when Murong Yu led his soldiers to attack the capital city of Rui. Murong Yu was shocked to learn that the Emperor of Rui was his lover, Han Xin whom he had been searching for. Han Xin’s heart was pained knowing that he had to face the person he loved the most on the battlefield on this day.

The attacks were relentless on Great Rui’s capital city. Almost at wit’s end, Han Xin sent a secret letter to Murong Yu telling him the intelligence he gathered that the Yan Emperor was dying and he should be going back to the capital city of Yan, Yongjing to snatch the throne from his 2 other brothers and the Empress who were scheming for the Yan throne. Murong Yu replied his letter that he should go meet him personally instead to talk about this to show his sincerity. Okay.. we know what’s gonna happen next.

The Emperor and the royal prince met finally ….. and lol!!!! After a big physical fight with pent up frustrations and deep longing for each other.. they can’t help but end up rolling in bed together. So all their problems were resolved. The power of 💓 💕 is formidable!!!!

Perhaps it is their doomed love that makes their love so special, so rare and very precious. I sincerely wish these 2 kindred souls meet again as lovers in their next lives and be rewarded bountifully with the sacrifices these 2 great Emperors made for their citizens during this lifetime.

The story ended with an epilogue that the 2 emperors married their empresses, built their own harems and vowed not to meet each other again. Seriously… wth??!! 🤨🤔…. both being hot-blooded, handsome, lusty and loving Emperors with absolute powers… they could meet each other whenever they wanted!!! The last 2 intimate scenes just proved my point! Sex in the tent, sex in the forest…. errrm…. you get my point? 😝😂🤣

There is an extra chapter inserted in the middle of the novel but I think that was a breather for heavy-going battle chapters.

As for the last 3 chapters… personally, I felt it better not reading them at all. It carried meloncholy and sadness that I cried buckets full of tears on the last chapter. Why must this author give our 3 male idols such bitter, sad and melancholic endings ? He’s such a sadist! I would have written other better stuffs with these 3 male characters – Han Xin, Murong Yu and Heng ZiYu.