You’ve Got Mail: A Cautionary Tale

You’ve Got Mail: A Cautionary Tale

This is one very unique bl novel that is totally hilarious and hardcore smutty… very very obscene. A little angsty but not angsty enough for my appetite. I enjoyed this novel so much that I binged read it all the way. 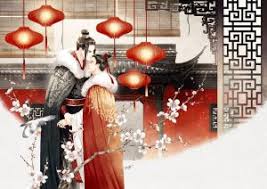 When I read the first few chapters, it was like reading some smutty, trashy novel. The main character, Wu Xingzi, a 40 year old poor virgin blatantly drooled at drawings of phalluses. This word is now an addition to my vocabulary! Soon images of all kinds of phalluses started swimming in my now perverted mind. But Wu Xingzi was a genius with them. He ranked them and had his Top 10 list. And he could even match the phallus to its owner! But we all know who is the master of obscenity – the author, Hei Dan Bai! Lol !!! 🤣 Kudos to the author for describing in great detail what those phalluses looked like – up straight or bent slightly at an angle; folds, bumps, slits etc etc etc….

Enough of phalluses or Pengornises. The ML, Guan Shan Jin is a famous, arrogant general whom even the Emperor wouldn’t dare offend. Oh my….he managed to coax the old virgin, the MC to have sex the very moment they met.

All these while, the ML was in love with his teacher, Mr Lu, who did not reciprocate his love. But when he met Wu Xingzi, he thought he looked the closest to his beloved teacher. Since he couldn’t bed Mr Lu, then he would bed all those who looked like Mr Lu. Eventually, the young and very handsome General Guan realised the person he really loved was this silly, old and ugly Wu Xingzi.

In the end, I took away the “trashy” label from this novel and found this novel quite unique instead. If you are in the mood for a smutty light novel to take away your stress, then this novel is perfect! 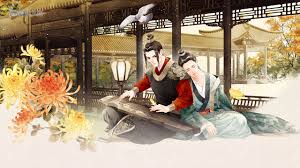 Wu Xing Zi is a 40 year old poor bachelor, working as an advisor to the magistrate of the Qing Cheng County. At 40 years old, he was already considered quite old of his times. He was ugly, poor, gay and lonely. He had decided to commit suicide and his regret was that he was still a virgin. He suddenly thought of the clean-looking young lad selling bean curd at the market and decided to give it a try to propose to him. But the beancurd lad introduced him to The Peng Society which was a matchmaking agency for gays.

In the Chinese raw, the name of this society is “Kun Peng” society. Kun Peng is a mythical beast, which is a huge fish (Kun) in the ocean and can transform into a large bird (Peng). In the translation, the translators referred the Kun Peng Society to The Peng Society; and the magazine published by this society as The Pengonisseur; and phallus (aka dick) as Pengornis. 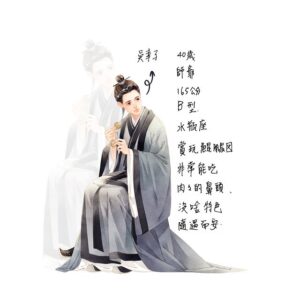 Members of The Peng Society had to pay 50 coins subscription every month in order to received the magazine that contained details and drawing of the members looking for life partners. With the details, the member can send letters to the other parties whom he was interested in using doves.

One day, he was surprised by his good luck of meeting the owner of the Prince Lanling of Pengornises – Guan Shan Jin. They had sex right on the spot inside a room of The Peng Society! 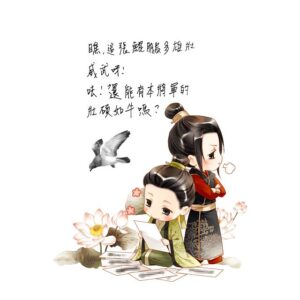 Their tryst went on for quite a while. Guan Shan Jin had intention to bring Wu Xing Zi back to Bastion City where he stayed but Wu Xing Zi only regarded their relationship as a tryst with no real affection. When Guan Shan Jin got tired of him, they would eventually separate.

Guan Shan Jin, a famous and fearsome General, had a long time crush on his teacher, Mr Lu since he was 10 years old. He had doted on Mr Lu for 17 years of his life (GSJ Is 27 years old) but the latter did not reciprocate his love. Mr Lu was about to marry the daughter of a corrupted Official Yue. Since all these years GSJ hadn’t been successful in getting his love reciprocated, he started having sex with men who had similar looks as Mr Lu. And Wu Xing Zi, the ugly old man was one of them whom he thought looked most similar to Mr Lu. In fact Wu Xing Zi didn’t even look anything like Mr Lu!

Having had several sexual trysts with the lewd Mr Wu, GSJ realised that he couldn’t let Mr Wu leave and he had already fallen in love with him. However, due to his secret mission to bust the corrupted 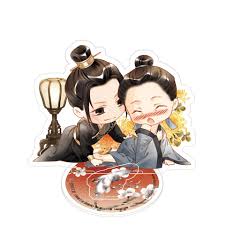 Official Yue, he had to pretend that he still doted on Mr Lu and had plans to be together with him even after Mr Lu’s marriage with Miss Yue. Mr Lu didn’t love Miss Yue but the reason for Mr Lu marrying Ms Yue was that he needed to have a descendant to carry on his family name. After Miss Yue born his baby, he planned to be together with GSJ. This was totally very selfish in GSJ’s opinion.

As for Wu Xing Zi, his relationship with GSJ was just having and enjoying their sexual tryst. He too, had gradually fallen in love with GSJ, but as he mistaken GSJ to still have feelings for Mr Lu, he decided to leave GSJ so that the couple could be together. After leaving GSJ, he planned to continue with his obsession with those adorable pengornis drawings and making friends to search for a life partner. 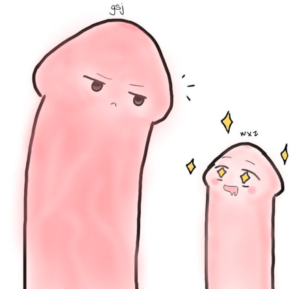 GSJ was devastated when he discovered WXZ left him. But a great General he was, he tracked down WXZ in no time, but this time, he disguised himself as Ping Yi Fan, whose phallus was second to GSJ’s. Hahahah!!!!!

WXZ met Ping Yi Fan through The Peng Society gathering and proposed to him having seen the drawing of his phallus. And all these while, the GSJ in disguise was so vexed by WXZ’s straight forwardness and being so willing to forget GSJ so soon.

One of GSJ’s motives to disguise as Ping Yi Fan was also to bring down the villain, Yan Wen Xin, who was WXZ’s first love who had forsaken him. 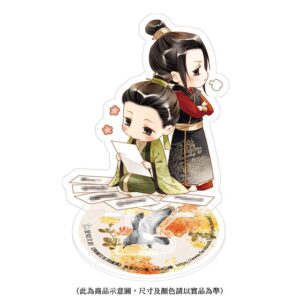 It’s happy ending for this smexy couple and even more satisfying to read about Mr Lu’s ending. 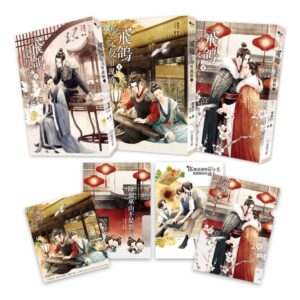