I’m not an apocalypse or zombie monster killing fan, but this story is so well written with lots of suspense and thriller that I felt like I went for a roller coaster ride, not wanting to put this book away!!! 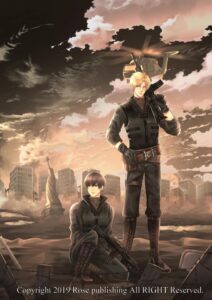 In the year 2020, a virus “comet” ravaged the earth, infecting humans and transformed them to become zombies. The government quickly built an underground city called the Shire to protect the unaffected humans for the next 200 years.

Humans were constantly under threats from zombie attacks and attacks from the Surge Organization. You can think of the Shire as Team Human and the Surge as Team Zombie.

The Surge was a mysterious organization consisted of very powerful minds made up of (evil) Researchers, very advanced laboratories and research facilities, assassins, armies of clones, armies of mutated zombies, hackers and blockers. They were enemies of the Shire. Spies from the Surge infiltrated deeply into the Shire.

The Shire is the heart of humanity. In order to protect humans against Surge and zombies attacks, all members of the Special Task Force were injected with X-virus which enhances and strengthens the host’s physical strength, resilience, sensory and self-healing abilities. Thus, the only way to kill them was by severing their heads. X-virus also increases sex hormones and may cause others not infected with the virus to have sexual illusions (if they were passion objects targeted by a Special Task Force member). Unfortunately, those injected with X-virus have only a lifespan of 10 years.

For a normal human to be exposed to the x-virus through saliva will not get infected but it will help to heal broken bones or repair body tissues. However, too much exposure to the x-virus through kissing can get the human addicted and wanting more. Sexual relations with the Special Task Force was thus forbidden with humans without the X-virus as the uninfected human will most likely be crushed to death or die from prolonged orgasm and exhaustion.

Xiao Yan was a class B research student, He was trapped inside an aircraft with the other students when their aircraft crashed. Zombies were outside the aircraft waiting to feast on the humans, but luckily they were rescued by the elitist Special Task Force team of legendary Colonel Heine Burton.

Xiao Yan was smitten by the very handsome Colonel who was like a killing machine. Unfortunately, he accidentally brushed his lips against Colonel Burton’s causing the Colonel to almost crush his neck. Colonel Burton had a cold and stern demeanour although under that facade, he was deeply protective of his team.

Xiao Yan proved to be the best tech soldier who ever worked seamlessly with Colonel Burton’s team even though he was a class B student and a reserve soldier. He was highly talented with the fastest brain speed in the Shire. On top of that, XY was very courageous and a very loyal and trustworthy friend to the Special Task Force. Colonel Burton looked at Xiao Yan in a different light.

Truth is the Colonel had fallen for Xiao Yan, even though he craved for XY, he kept his distance due to the x-virus in him. So he secretly invaded into XY’s subconscious to have intimacy with him. And all these while, poor XY thought that he was having unexplained wet dreams with the Colonel! 😂

The Colonel protected XY unreservedly, trained him combat and self defence while motivating him to achieve research breakthroughs that revolutionarise humanity. Through the 2 years of hard work in research and combat training, XY matured to become the most valued researcher in the Shire. Collectively, XY, Colonel Burton’s Team and other notable characters eventually destroyed Surge, bringing freedom and peace to the land.

I love the chemistry of both XY and Colonel Burton. XY had to endure so much temptations and seduction from Colonel Wallace and Maya that I’m glad he did not get tempted in the end. It was so cool to feel the frustrations, despair and anguish of the 2 main characters when they tried to protect each other. Overall, I feel that the author had written and portrayed the characters very convincingly. 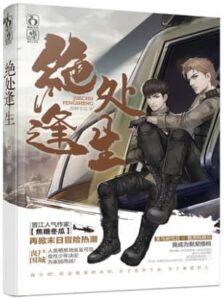 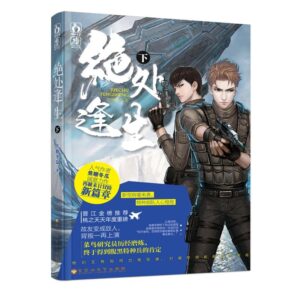