Hey guys! Welcome to my blog!

I would say that Watami Japanese Dining is similar to Saizeriya because the food comes pretty fast (fast food) and they are affordable as well! Watami Japanese Dining have 4 outlets – City Square Mall, Junction 8, Star Vista and Downtown East E!Hub which was the one we patronised. Without further ado, let’s get started!

First, we shall start with the drinks!

The first drink I would like to introduce are the Big Drinks – Green Citrus Cola and the Milk Tea with Black Tapioca ($3.90 each). 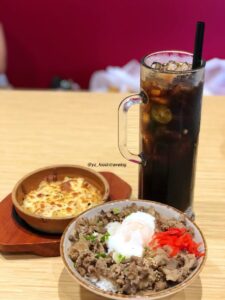 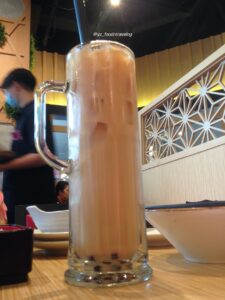 As you can see from the pictures above, it is really worth it. The drink is just amazingly huge and it also tastes just like the name. The citrus tastes citrusy (sour) and coke, which makes it refreshing! We also tried one of the Fruit Tea ($6.90) however, we did not take picture of it. I personally feel that the fruit tea was the best but if you are going for something more budget, the big drinks will be it.

Let’s go to the appetisers! 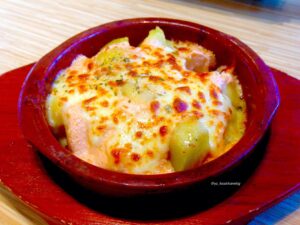 This dish is for all potato and cheese lovers. The base is potato and the toppings is cheese and the mentaiko sauce adds the sweetness to the dish.

Next appetiser will be the Salmon Carpaccio with Mentai Mayo. 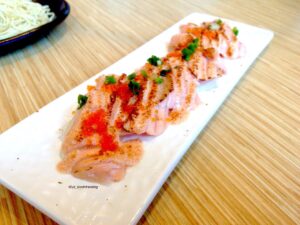 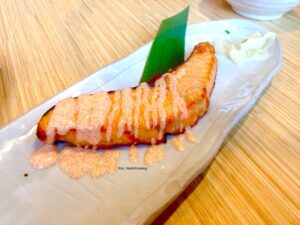 For this dish, you can choose to not have a sauce (aka. Original), or with sauces – Mentai Mayo and Chilli Paste. I am interested to know how salmon with chilli paste taste like. But this just taste normal, exactly like salmon and mentaiko and the salmon is not tough and it is tender on the inside. 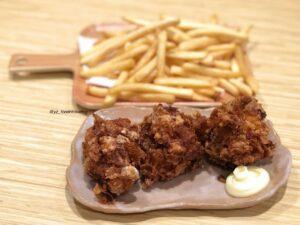 There are many flavours for the fried chicken and fries as well. For the fried chicken, they have Original, Cornflake and Curry Mayo while the fries, they have Original, Butter Soy Sauce and Sour Cream. We have tried the Sour Cream flavour and I would honestly say that the seasoning might only just be for decoration, because you can barely taste any sour cream in it. Even the McDonalds Shaker Fries have more flavour than this Sour Cream Fries, it was probably because it was just seasoned at the top and not thoroughly. 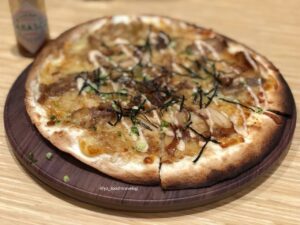 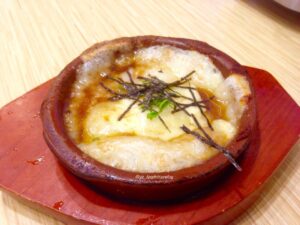 Firstly, don’t be fooled by the the picture of the Mochi Cheese Gratin on the Menu. It looks nothing like it. This dish needs to be eaten finish when hot, which means when it has been just served to you. Because there is mochi and cheese, the food can stick to the plate and you will have to test your strength to scrap out the food once it cools down. I personally did not like it because of the mochi texture – stretchy and gooey. I do not feel it is worth $6 plus but $3-4 plus.

Also, we manage to order this because there is an ongoing promotion called “A Blast from the Past”. 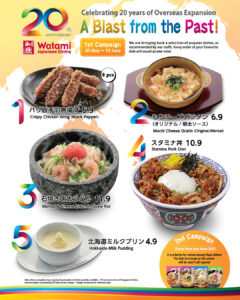 This menu is to celebrate their 20 years of Overseas Expansion, and it will only last from May 3 to June 13 2021. So if you would like to try any one of these dishes, go down and try them now!

Next we also have the Teriyaki Chicken Pizza. This pizza is relatively thinly crusted compared to those you see at other pizza outlets such as Pizza Hut. This dish is surprisingly good and it also comes with different sauces – Original and Mentai Mayo.

Last but not least, we have the Chicken Cutlet with Scrambled Egg Sauce ($9.90). 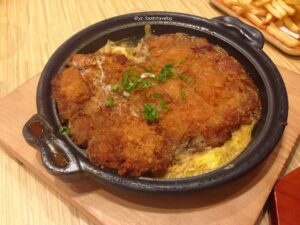 If you only see the picture on the menu, you might think that it could be baked rice below, but there are none. This dish tastes awesomely good and it was probably thanks to the sauce below. They might have said egg sauce but you will not see or eat a lot of egg, so it is as good as fried chicken with that good sauce below.

Phew, now that we are done with the appetisers, let’s go on to the main courses! 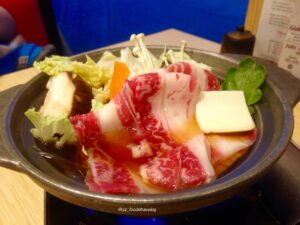 There are two types of meat for the hot pot – beef and pork. Though it is only $6.90, there are a lot of ingredients in this soup! First, we (obviously) have the meat (beef) and the vegetables plus tofu. There are also clear vermicelli in the soup. You can have this hot pot with ramen, udon or rice!. If you are eating with ramen or udon, you can just pour in the plate of carbs when it arrives. Also, the soup is just fantastic! It is really clear and gives a sharp taste. It is also flavourful and a bit salty, but still really good.

Next, let’s talk about the ramens – Tonkatsu Shouyu Ramen Red and White ($9.90 each). 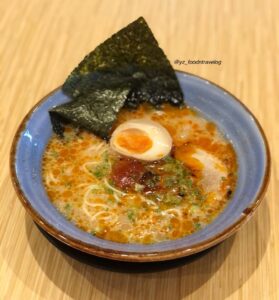 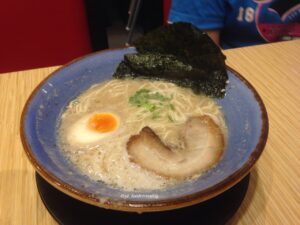 Overall, ramen tasted like ramen. The red tonkatsu ramen had chilli oil with a hint of sesame oil to spice it up. There was also a slice of Char Siew in the dish which does not make the dish worth the price. If there were more meat in the dish, it might have been more worth it.

Last but not least, we shall introduce to you the Dons (Rice Bowls) – Stamina Pork Don and Teriyaki Chicken Don ($9.90 each). 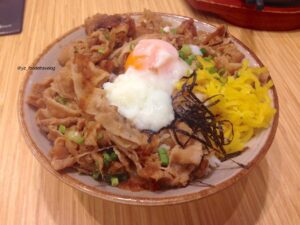 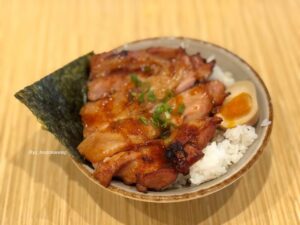 We have also tried other dons such as the Tokyo Gyudon, Karage Don with Tartar Sauce, Tokachi Pork Don and the Wagyu Nikami Don, but do not have pictures of them. Overall, I would say that the Dons are not worth it because the rice is just too much. For now, we are going to focus on the two Dons shown above. The Stamina Pork Don’s pork tasted really good and it was pretty filling as well. However, it does not wow me but rather when it has been a long time since you ate meat like this, you will love it a lot and you will feel whole and satisfied. On the other hand, the Teriyaki Chicken Don is worth it because it was juicy and nicely grilled. If you would like to order a don, this will be the best don to pick! Also, I would like to add that some of the dons have spicy version if you are feel a need to spice up your life.

Last but not the least, we shall introduce to you the desserts!

There are a lot more desserts but we did not feel that they were worth it, so we have only ordered the parfaits – Huge Choco Parfait and the Huge Matcha Parfait ($6.90 each) so far. 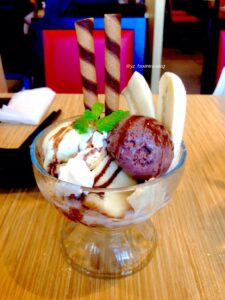 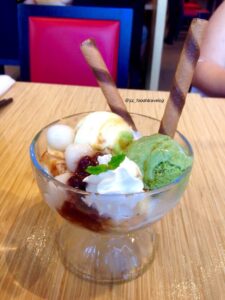 Both the parfaits were amazing, however I preferred the Choco Parfait more because there is no mochi. In the Choco Parfait, there are two balls of vanilla and chocolate ice cream, chocolate and plain waffles, bananas, thin slices of sponge cakes and a lot of cereals. It is best to eat the ice cream with the rest of the parfait, otherwise the rest of the parfait will taste rather tasteless and dry and soggy. The Matcha Parfait is similar – two balls of vanilla and matcha ice cream, waffles, thin slices of sponge cakes, small balls of mochi and cereals.

Overall, I would say this place is worth it but not so much. Other than the food we have tried here, there are also others like salads, Sashimi Sushi and kids meal. If you feel like eating cheap and good Japanese cuisines, this is the place to go.

Thank you for reading and don’t forget to follow our socials!