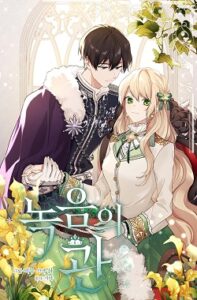 An ordinary graduate student reincarnated in the the novel “Eternal Love”, written by her at the age of 15. However, instead of arriving when the original story began, she reincarnated seven years in the past.

She became Ran Romea de Lazia, the daughter of the male lead stepmother. A character that she didn’t even knew the name before reincarnating. The Stepmother tormented the male lead, Yustaf, so much that he began to mistrust other women.

Ran tries to change the events that are going to happen, yet their parents and little brother still die. With Yustaf away in the Academy and his uncle in control of the family house, Ran has to work as a housekeeper for two year and begins working on the “Male Lead Happiness Plan” where she will join him with the female protagonist and let him have his chance at happiness.

I absolutely love this Manhwa, especially the couple!!! This Manhwa started out like any other Manhwa but the storyline is something which I like and it got more interesting as Yustaf showed more interest in Ran. Ran is one of the prettiest, cutest and sassiest FL you can ever get from a Manhwa and the way she acts innocent but is actually really cunning is…indescribable (in a good way). Spoiler wise, it is really cute! I can’t wait for the Manhwa to come out (they recently started with their season 2) so it might take some time to read it. But other than that, one of the top Manhwa and couples I will recommend.