The Villainess Needs a Tyrant 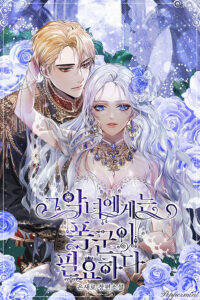 Just now, I stole the lips of a man who is notorious as a tyrant. In front of my younger cousin, Arinel, who stole everything I had in my previous life. *** “Why did you kiss me?” “Because my younger cousin loves you, Your Majesty.” “Is that so?” His arms wrapped around my waist. The distance that was formed vanished in an instance. The cold-blooded, powerful man’s smile filled my view. “Open your lips. If you are going to do it, then do it properly.”

If it is nearing the end then the manhwa is perfect! I was skeptical to read this manhwa at first but after reading through halfway, it is actually quite nice! I will definitely read this again because at the front it was confusing but definitely like it. I can see how people might rate it very low though. The starting is quite similar to  “Villainess maker” but I feel that this is a bit more understandable. Also, pretty sure the author made this nearly unsalvageable but happy endings are a must. The climax was not as exciting as I hope it can be but it was a great ending either way.