This is a very short novel with a setting of ancient China. If you read online reviews of this book, you might come across warnings like violence, rape and torture tagged to this novel. There is mature content but really there’s nothing too aggravating nor too sadistic of these sorts. It was nowhere compared to Beloved Enemy nor Years of Intoxication. 😜 I binged read and finished this novel in 2 days. 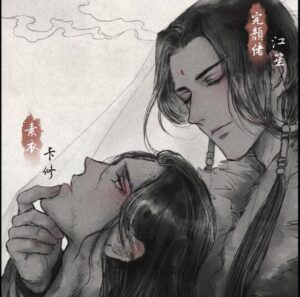 The warring countries of ancient China – Great Qi and Jin Liao were at war once again.

General Su Yi of Great Qi requested and waited for 2 months for more troops and food rations from King of Qi but he got none. His troops were already starving and the news he got was that King of Qi had overspent most of the reserves in building his courtyard for his merriment that there’s no more money left to spend on the army.

Eventually, even a great general who had been victorious in countless battles and feared by the enemies lost in the battle and taken as a war prisoner by the king of Jin Liao, Wan Yan Xu.

This victory was what King of Jin Liao, Wan Yan Xu had been waiting for for the past 3+ years. His Father, the late king was killed in the battle 3 years ago and since then, Wan Yan Xu worked very hard to strengthen his army and his country to avenge his father’s death. Capturing the great General Su was the biggest prize for winning the battle, for he was going to torture this general and make him yield and surrender. 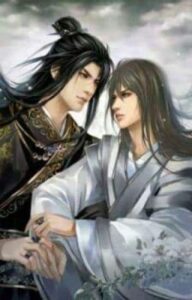 However, General Su refused to yield and surrender after several days of torture. The king didn’t want him dead yet, he just wanted to break the will of the General. Eventually he resorted to humiliate the general by sodomising him. (reader discretion advised as I do respect there are readers who do not like to read such stuff.)

In a weird turn of events during torture, the King of Liao, Wan Yan Xu admired the General for his wisdom and talents that he began to lust for his prisoner! So unthinkable…. but that’s how bl stories develop, right?…😂

Wan Yan Xu decided to marry General Su and make him the Empress but this is utterly humiliating for the General since the position of the Empress was traditionally taken up by a female. The General attempted suicide but only to have the king tricked him into marriage and obedience by threatening him with lives of his family and friends. 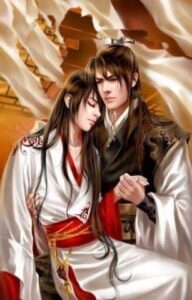 Wan Yan Xu was the sweetest husband to the General who gradually fell in love with him after finding out the things that the king did for him and his Qi countrymen. The citizens of ex-Great Qi were even more prosperous now than when their old king reigned. Wan Yan Xu was gentle to his “Wife”, he was kind and hardworking. This matrimony united and assimilated both citizens of Qi and Jin Liao to live harmoniously.

But then there were jealous generals, courtiers and maid servants who plotted towards the downfall of the Empress. The General was battered and suffered a broken leg and banished to slavery in the laundry department. Another tear jerker for me and I cried  again…. I got nothing on me except my singlet to wipe my tears and blow my nose.

Trust me, I love happy endings otherwise I would have ditched this novel long long ago and never want to talk about it. That is also a reason why I am hesitant to read Cold Sands even though many reviewers rated 5 stars for the novel yet they said the ending was sadly beautiful. Anyway, I read it in the end, and I must say you should read it too as I find it really good. Another novel you wouldn’t want to miss is Ugly Empress too, which has a similar storyline about a General being killed by the Emperor but his soul transmigrated….

This is a short novel and is very easy to read, perfect for a short weekend holing up at home munching on snacks and edamame and get your fill of bl stories.